Dear friends, I am writing on behalf of my husband and four of his good friends.

Three weeks ago he and his riding buddies experienced what every rider fears the most; an avalanche. Winter came late to the Pacific Northwest but when it did it dropped a ton of snow at lower levels. The guys usually ride on Mt. Adams but because the snow was so abundant decided to hit something a little closer to home, Mt. St. Helens. 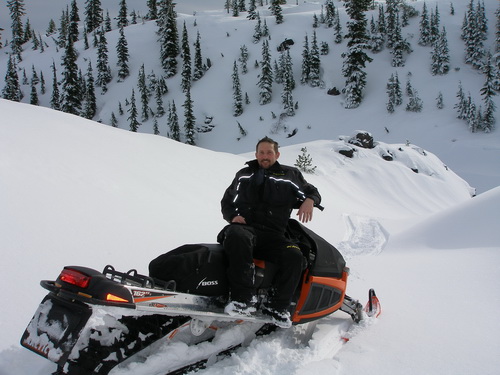 The ride started out like any other and the guys were having a great time. They had already ridden at higher elevations, hit some bowls with some steep slopes, and decided to try a different terrain, so they headed for lower levels. The snow where they were riding was 2-3 feet deep in some places and pretty light; no one was thinking avalanche. No was thinking about the ice layer underneath. They were riding single file when the first rider kicked off an avalanche. My husband was third in line and watched his best friend Jeff who was riding second get caught up in the snow and thought briefly, that he could ride it out. With his sled wide-open it looked like Jeff was going to make it and that was when the second wall of snow broke loose.

My husband and the other two riders behind him kept their eyes on Jeff the whole time to see where he would go down hoping that he would just be partially buried. In an instant the snow settled and Jeff was nowhere to be seen. I would like to stress that my husband and his friends are all advanced riders who are extremely prepared, meaning they all wear avalanche beacons, tech vests, and carry probes and shovels. 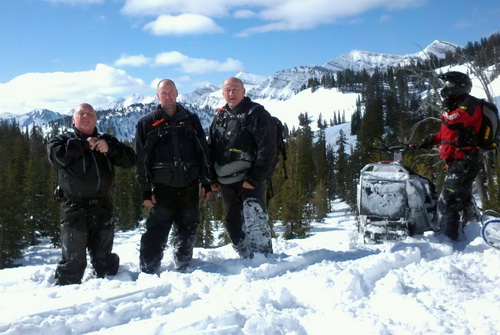 A couple of the guys ride for Thunderstruck and have encountered treacherous situations before but not like this. Within seconds the guys had turned their beacons to search mode and started probing. There was some debate as to where Jeff went down and in their haste and because it was such a stressful situation they thought that they had located him with a probe at the front of his sled. They started digging down and after about five feet realized they had actually hit ice, not Jeff. My husband felt that he had gone down at the back of his sled so they started searching at that end. One of the guys then hit Jeff’s foot with his probe and the digging began once again. Every guy there knew that this was a fight to save Jeff’s life because even though they were prepared and had all the right equipment it still took about twenty minutes to find him. They all said that time seemed to slow down but in reality they all believed that time was running out.

Once the guys had uncovered Jeff up to his backpack they decided to pull him out without further uncovering him. It took a huge effort to pull him out of the snow because it had already frozen around him. They pulled his helmet off and it was then that they realized he was dead. His eyes were rolled back in his head, his lips were blue, and he wasn’t breathing; his heart had stopped. My husband and one of the other guys started CPR and mouth to mouth to try to resuscitate him. Time was going faster now and nothing was happening. The guys weren’t going to give up on their friend and my husband said that there was no way he was going over to our friends’ house to tell his wife and three girls that he was dead. In a last ditch effort my husband hit Jeff on his chest right above his heart and started screaming at him to fight. Within a minute or two he took a breath. Two of the other riders rode as fast as they could to get cell service and call 911. My husband and the other guy continued mouth to mouth because he was still having problems breathing. 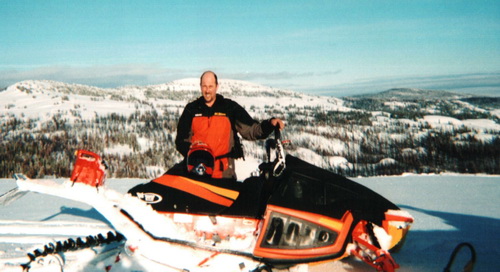 It took about and hour and half to get Jeff somewhat stabilized to where they could get him on his sled to ride out. There really wasn’t any place to land a helicopter and the guys felt that he was ok so they cancelled the 911 call. We have since learned from hospital staff that 911 should have sent an ambulance to the warming hut parking lot so that he could be transported immediately to the hospital. My husband drove him home and contacted me to let me know there had been an accident. I called his wife and relayed that there had been an incident but that Jeff was ok. Little did I know the seriousness of the situation that had occurred. Needless to say it was quite an emotional time at their house when we found out what had happened and his wife, myself, and my husband felt that he should go to the hospital to make sure he was going to be okay. Jeff seemed relatively unconcerned at the situation and we know now that he was still in shock.

The ER doctor contacted my husband that night to get the specifics of how long he was buried and how long they performed CPR/mouth to mouth. She repeatedly told my husband that he and his friends had saved Jeff’s life and that she had never heard of non-EMS personnel being able to bring someone back after being dead that long. If anyone is questioning whether or not the guys were right about him being dead, the doctor confirmed it. The tests they ran indicated that an enzyme had been released from his heart that only occurs when you die. The hospital wanted Jeff’s rescuers to relay the story to the local media but this is not a group of guys that feels comfortable with that kind of spotlight; all they cared about was the fact that their friend was alive and well. Jeff’s wife told me later that most of the hospital staff came by his room to meet the guy who had not only died in an avalanche but through sheer determination of his friends, was brought back to life to ride another day. He was released the next day from the hospital with no lingering physical side effects. As the story spread through the local riding community a lot of people were shocked that this incident had happened to this particular group of guys. I was surprised at the responses we all got from the situation. There were the people that felt my husband and his friends were smart for being so prepared and that Jeff being here was the result of that, and then there were the people that felt they were just a bunch of “macho riders” that “have no business riding like they do”. The second group is so far off base. The guys are known for their excellent technical riding abilities and while they may push the limits at times they aren’t stupid about it. This is an older group of guys with the youngest being 46. The other thing that surprised me was the fact that a lot of local riders don’t wear or carry avalanche equipment. We heard a lot of excuses at to why they didn’t wear avalanche gear; it won’t happen to me, it’s too heavy, I’m a good enough rider I won’t get caught, and the terrain I ride on won’t slide. That’s where they are wrong. The hill the guys were on wasn’t overly steep; they had ridden far steeper earlier in the day. 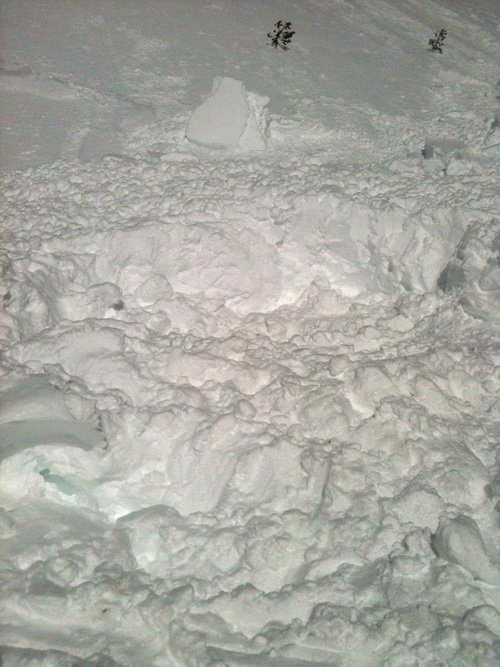 I can’t stress enough how important it is that riders who aren’t just trail riding wear and carry avalanche gear. The other important element to this is that they practice using the gear. I also believe that it is extremely important that people know how to do CPR. I know that after the incident all of the guys felt some degree of guilt for not finding Jeff faster. They had all discussed at various times that they should bury a beacon and practice finding it but they never did. They got their practice in a life or death situation and that is something they wouldn’t wish on anyone else.

It took a heroic effort on the part of all four guys to save their friend. Every man there fought to save Jeff’s life. For that, he has told me that both he and his family are eternally grateful. My husband and his friends don’t wear their avalanche gear just for themselves; they wear it for each other.