I know what you’re thinking. You want to know what the best sled out there is. Well, I’ll tell you, but you may not like the answer. You see, you may not like the answer because you don’t understand what the question is. It’s about life, the universe and everything. Quite simply, the best sled out there is the one you’re going to buy for yourself to ride for the next three or more seasons. To help you find your best sled, we went to Snow Shoot and rode them all (or a facsimile thereof). My short article will give you the meat of what I’ve found and what I liked. You’ll have to get the potatoes (specifics) from the OEM web sites and our reviews coming in the summer and fall. I’m going to give you a short synopsis of how I ride and follow it up with what I liked and why from each of the manufacturers. Then you can decide whether or not my opinion matters to you enough that you’ll agree with me or disagree. That’s what information is all about without getting all scientific about it. So here goes; my Snow Shoot Journal for the 2011 models. 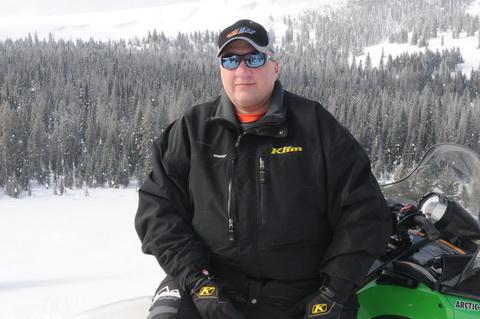 How I ride
As I’ve gotten more mature I find that I’m getting to be a trail rider more than anything. I used to ride the ditches in my early snowmobiling career, and I still do once in awhile, but the trail system has a lot to offer with the differing terrain (lakes, woods, fields, etc.) and vast scenic miles you can ride. I don’t seem to spend much time doing anything else. I don’t ride mountains, so I can’t opine on that model segment other than the technology they offer and the feedback I gather from some of my mountain riding brethren. I ride semi-aggressive; that’s where you tend to ride a bit faster, but always in control and never over your head or beyond your ability. I enjoy days above -10 degrees F and most important to me are ergonomics and acceleration. 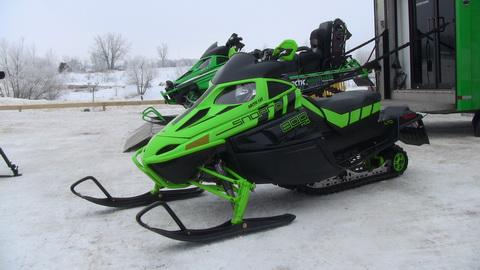 I like the F8 Sno Pro. I like the power of the motor, the smoothness and bump disappearing suspension, the flat cornering of the front suspension and the predictability of the whole machine as one. It works extremely well in most conditions, and can be adjusted to fit me ergonomically. The 800 motor revs quickly; it feels similar to a 600 in the revving, but has more torque, and you can feel that.

I also like the Z1 Turbo for the third season in a row. I like a 4-stroke and the Turbo power. I would like to see a new 4-stroke engine from the TRF crew, like a naturally aspirated lightweight triple, but what the heck, the turbo twin is fast. I especially like this sled in the new Sno Pro package with Fox Floats. It handles well.

The Sno Pro 500 is a great sled for the ditch rider, but it isn’t for me (see above). If ditches and big bumps are your style, this sled from Cat is the ticket. It’s very stable and flat in the air and is very controllable over the bumps.

If you like to go fast in a straight line and ergos or flat cornering aren’t as important to you, then get the Crossfire 800. In this lighter-weight chassis, it will go a bit faster than the F-Series (not by much), but the chassis doesn’t get along with me well. Others in our group can ride it pretty decent, but I don’t seem to be able to bond with it.

The other cool thing about Cat is their 1970’s Cuda Sublime Green color and strobe graphics on some of their models. This Sublime Green just looks good on the snow, even on overcast days, which are aplenty in the wintertime. 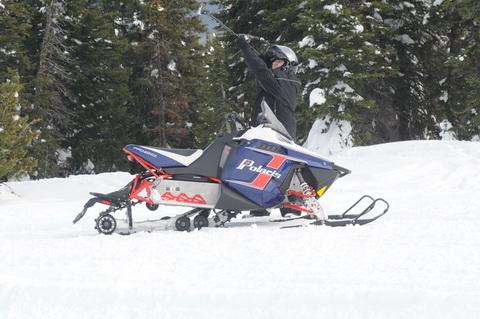 Ah, the Rush. I like it. I love the hood style. I felt it was about time they styled their hood to be more Indy-ish; No more bulbous headlights or rounded hoods. The rear suspension works, but it does add to the cost and I’m not sure it is that much better than some of the other suspensions out there, including their very own Assault rear skid. For ’11, they tweaked the rear suspension a bit and changed the skis back to the less aggressive skis from ’09 and overall the Rush works better and is more predictable. What really puts the Rush over the top for 2011 is the Retro graphics package. It is very cool, probably the best looking graphics package from any manufacturer in 2011, and there are some good ones.

Speaking of the 800 engine; we’ve said it the past couple of years that this motor is strong, only to have the in-season engine collapse. That won’t happen next season. Polaris assures us that the motor we rode out west will be the motor you get next fall. It rocks, it’s solid and the Max Sled Team heartily recommends getting one, bar none.

I did ride the 600 Switchback, which is in the older IQ chassis and that sled handles like a dream on the trails. Even in the “older” chassis, this sled rides awesome, hugs the corners and feels good ergonomically.

Like I said, I’m not a mountain guy, but Polaris is poised to take a huge chunk of the mountain segment with the PRO RMK next season. The mountain test pilot we had with us had nothing but good things to say about this machine. Polaris got this model right and while the older RMK chassis worked well, Polaris lost some market share to the greens and yellows. The PRO RMK will change that next year. 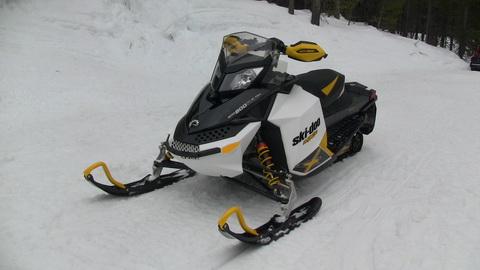 The 800 E-TEC is the smoothest 800 engine on the planet with the nicest throttle pull of any other out there. This is a technological dream engine and one that any gadget gear person can wrap their head around. It’s not just a poked out 600 with larger fuel nozzles. The 800 E-TEC has a different delivery setup that precisely feeds the fuel volume to the air volume at precisely the right RPMs and gives you precisely the right amount of adrenaline rush when you squeeze it. I liked this motor in both the MX Z X and the Renegade X packages.

The 600 ACE motor is a new lightweight 4-stroke parallel twin that is as quiet as a church mouse and is easy on the fuel, too. This motor is very smooth and is perfect in the touring class sleds, but because the power delivery is gradual, it doesn’t bode as well in the MX Z chassis. It is fun to ride in the MX Z chassis, mind you, but only if everyone has one. This engine will do well as a fan replacement in the near future and has a lot of potential.

My favorite sled from Ski-Doo remains the 1200 Renegade X. It just handles well, corners flat, has great power, is a 4-stroke (one of the qualifiers for me), and fits me like a glove ergonomically. It’s been out a couple seasons now and works well for me. 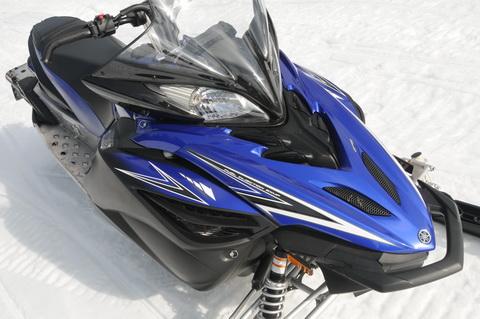 Apex. What else is there?

Well, ok, I’ll go into more detail. This machine nudges the envelope as the most technically advanced sled out there. You wouldn’t think you’d want power steering on a sled until you ride it and then ride one without it. At higher speeds it isn’t an issue, but at slower speeds it helps quite a lot. I did notice less shoulder fatigue riding this machine. The motor is also killer. It is a naturally aspirated (that means non-turbo) powerhouse 4-stroke putting out about 160 HP. This engine is the smoothest powerplant on the snow and with the new EXUP exhaust system (kind-of a RAVE for 4-strokes), it’s the (and I’m inventing a word here) torqueyest (tork-ee-est). I don’t know if this how you say it, but it provides a smooth powerband at all throttle positions.

The seat feels better than the past Apex as well and the longer track hooks up excellent in most conditions. I liked the XTX the best with the 144” track; that sled seemed to handle very well in nearly all conditions.

The RS Vector is still one of the best all-around sleds out there with its fuel-injected triple 4-stroke. It could use a few adjustments ergonomically in my opinion, but it’s quick, handles well, corners flat, and just plain looks cool.

The Best Sled
There, now I’ve told you what the best sled out there is. You have a problem, though, and that’s deciding which best sled you’re going to get. If you ride like me, you may choose any one of these best sleds. If you like to ditch ride you might want to read Steve’s or Jim’s article. If you play in the mountains, you’ll have to read Dan’s article and if you’re somewhere in between, Randy may be able to shed some light. This is why we work so hard at Snow Shoot; to get you the information you crave and tell you what the best sled out there is.

Now go out and choose your best sled. You’ll be happy with it. 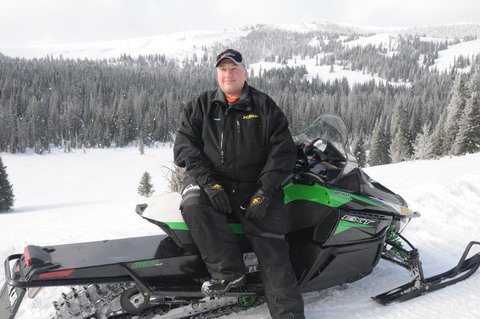