“More of a Good Thing” is how I would describe Ski-Doo’s 2012 Summits.

Last year the new 800 E-TEC motor was only available in limited quantities, but for 2012 the production line is up and running full bore and Doo has moved the E-TEC 800R into full release.  In fact, if you want the carbed version you’re going to have to buy the budget minded Summit Sport.  Not a bad choice, with the great Summit chassis and a base price over $2000 less than the Summit SP, but let’s be honest, the 800 E-TEC is a great motor combo and well, that’s what you want. 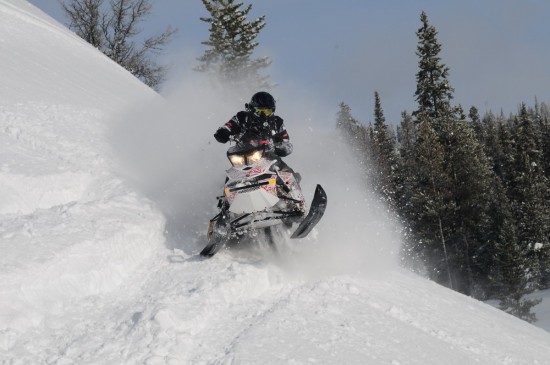 Yes, Doo offers an X package this year with all the upgrades, but it was only available on Spring Order so finding one might be difficult.  Never fear, the SP is a great platform and even Doo’s “standard” equipment is pretty dang good stuff.  The X package has upgraded shocks and some graphic options, but performance out of the SP’s equipment is very good so don’t cry in your beer if you can’t find an X available.

Last year the E-TEC 800R proved to be a very reliable package with great power and so it only seemed reasonable that it should be expanded to general use.  One can argue (which sledders often do) that the E-TEC 800R is the most powerful 800 motor available.  I’m not going to argue about that.  But power is only part of the story.  For 2012, the package is refined and we found it to be smoother running with better calibration than the 2011 model.  Our 2011 800 E-TEC had a noticeable vibration that felt like a ‘carb’ sync (I know, funny term for a FI sled) issue right before engagement.  That is gone on the 2012s.  Not surprising, with a year’s worth of running on it, but the 2012 motor does feel much smoother. 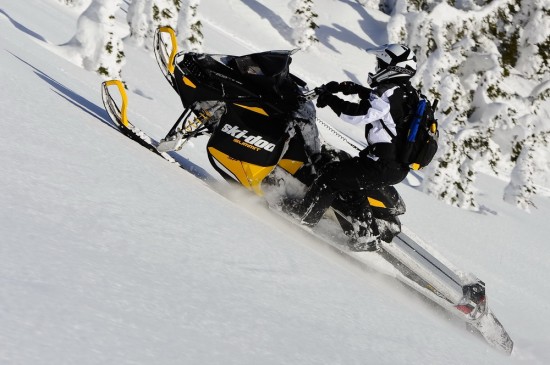 A couple of nice options for this year come about because of Ski-Doo’s listening to their customers.  On the early order X package you could get the new 2.5” lug non-ported PowderMax II track.  Stock tracks are pretty good these days, but we have thought that the Ski-Doo could have a bit better treads under it for the deep fluffy snow.  We found both the 2.5” and 2.25” PowderMax II tracks to perform better than the 2011 tracks in the deep fluff in the trees on the back side of Two Top.  You’ll be happy with this new track in pretty much any mountain snow condition you come upon. 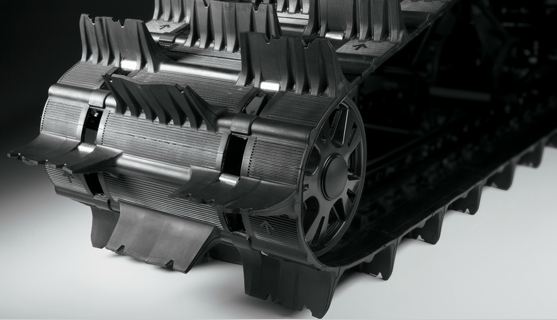 For 2012 the Summit also gets a narrower seat.  Again, especially if you are a bit short like I am (5’10” is what I claim), you probably had more than one time on the 2011 where you hooked your foot on the seat funny trying to move back and forth across it.  The 2012 seat is not crazy narrower, but it is noticeable and while playing in the trees I noticed it almost instantly that I no longer was catching my boot when jumping back and forth across the sled.  Even though it is a bit narrower, it still is very comfortable and doesn’t cause undo ‘wedgie’ issues.  And another thing that the other OEMs could learn about is there is actually some storage in the Ski-Doo seat, thank you Ski-Doo. 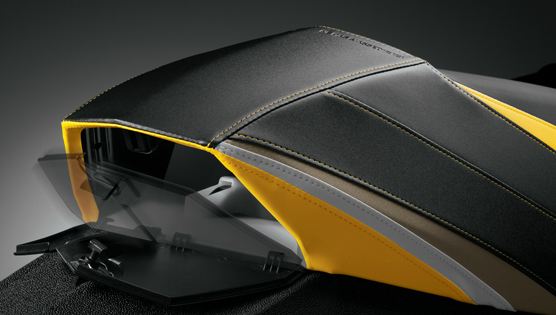 Other upgrades for 2012 on the Summits include a new multifunction analog/digital gauge.  Caution, do not play with the gauge while riding down the trail towards the truck, you might get distracted and drive off into the trees… I’m just saying, be careful.  The gauge is a very sharp looking unit packed with all the info about the sled you could want.  The dual sweep of the speedo and tach give it a sharp look in my opinion.

Now lest we do a disservice to Ski-Doo, the Summits aren’t all about the 800 motor.  The E-TEC 600 is also available in the Summits and we found this package to be a very fun sled to ride.  The 600 is available with either the 146” or 154” track and the sled I spent the day on was the 146”.  What a complete kick in the pants to ride.  I’m not very tall and bigger around the middle than I would like.  I found the shorter 146” 600 to be much easier to ride and especially boondock.  The adjustable ski stance set to narrow helped that as well as the Pilot DS skis.  A great package with butter smooth motor and even in deep snow it gives good performance.  Don’t under estimate the power of the 600 motor. 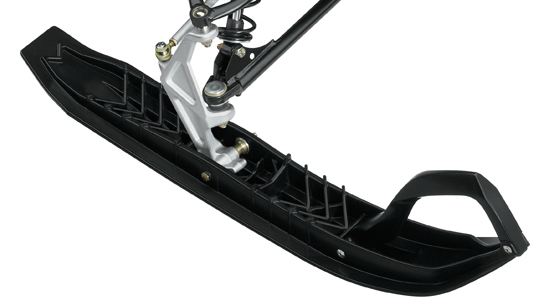 On the surface one might be tempted to say that the 2012 Summits aren’t that different than the 2011s.  If you fall in to that trap you are missing some great improvements that the 2012 has to offer from the general use of the 800 E-TEC to the noticeably better deep snow performance of the PowderMax II track.  Yes, “More of a Good Thing” describes it well.