According to our own web site poll, our readers stated they were looking forward to Yamaha’s 2014 model release more than any other brand. I suppose it’s because it has been a couple years since Yamaha released something big, people anticipate something big to come from the Yamaha camp. Well, it’s here and it is truly something big.

If you’ve heard rumors, they are true; at least to some extent. Yamaha engineers have been working with Arctic Cat engineers on something, and that something is the brand new Yamaha SR Viper. 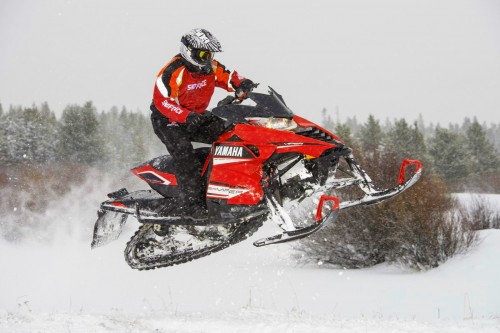 The SR Viper is a culmination of taking the most potent 3-cylinder engine Yamaha developed for snow and putting it into a lightweight, rigid chassis, and surrounding it with stylish Yamaha bodywork. It’s more than just that, however. Yamaha engineers helped develop the engine mounting into this chassis, and then they included some of their own DNA to build what Yamaha calls the SRV Chassis.

Yamaha DNA is the heart of this machine. 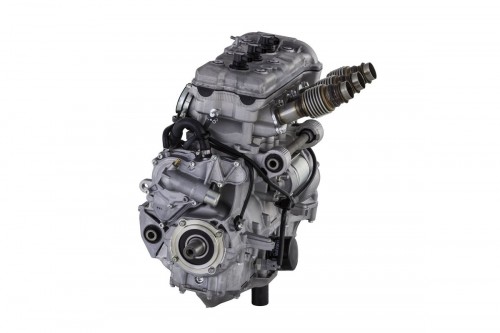 This sled features the same 1049cc 3-cylinder, EFI engine that is found in the Nytro. We’ve always loved this motor. It’s smooth, super responsive, and pulls like hell. 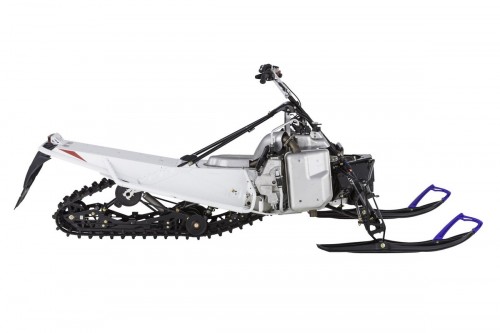 The chassis is a lightweight design that centralizes the engine mass for quick-responsiveness. The two-piece, tipped-tunnel, puts the rider into the best ergonomic position for control. The tunnel is tapered from 15-inches down to a wider floor board to accommodate a 15-inch wide track, yet keep the seat narrower for ease of movement. 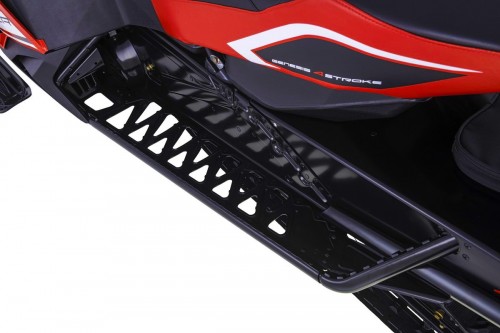 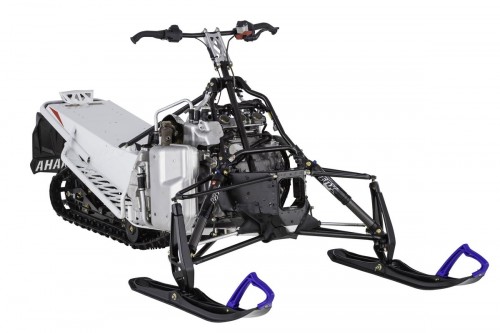 The pyramidal design is rigid adding strength without adding weight. Shocks are mounted in line to transfer force to the strongest part of the chassis. 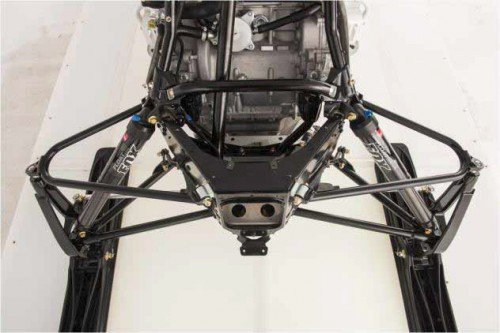 A-Arms are mounted at 30-degrees on the tunnel to transfer force and evenly spread the load. 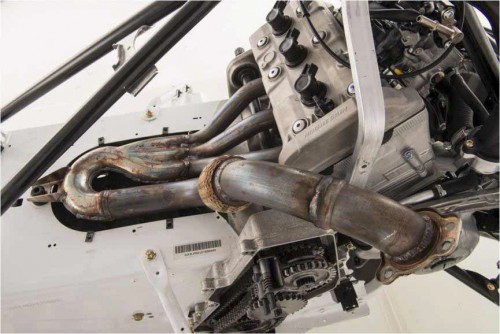 The engine is mounted in the chassis in such a way that the exhaust exits the side. This helps reduce heat under the seat and reduce snow sticking to the tunnel. We’ve seen where some snow conditions can fill a Yamaha tunnel with snow and cause ice to freeze around the exhaust. The SRV Chassis alleviates this. 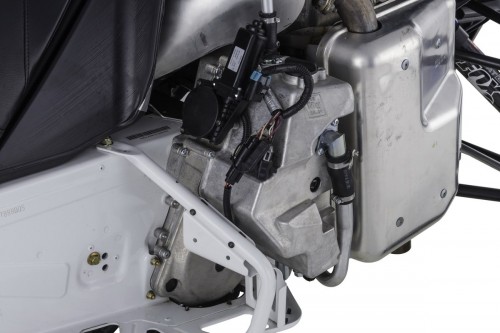 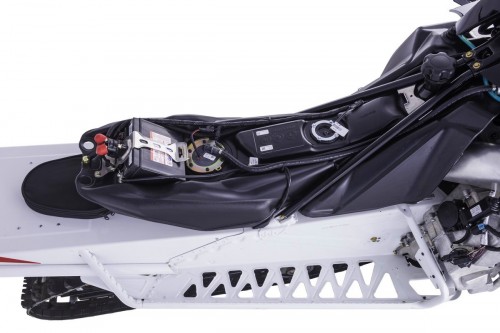 Redesigned fuel tank holds 10.6 gallons (40 liters). The battery is mounted at the rear for easy access. 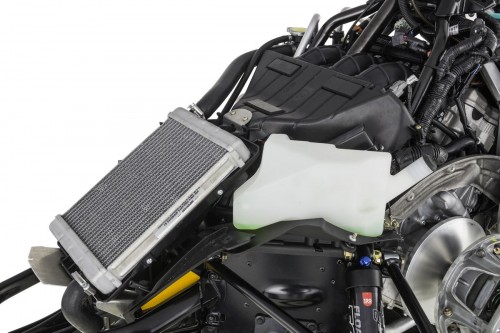 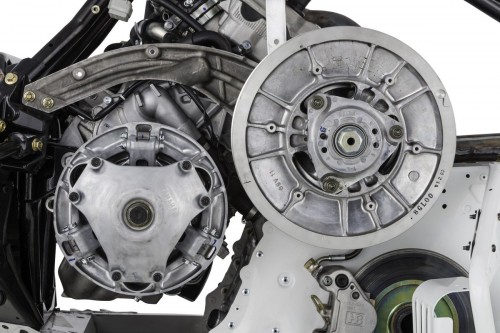 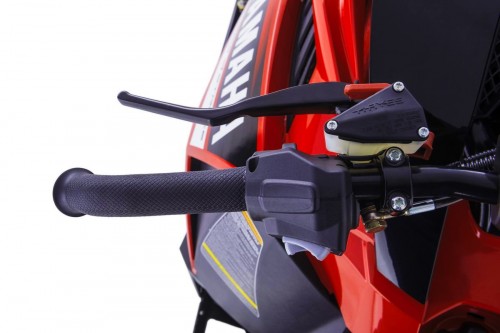 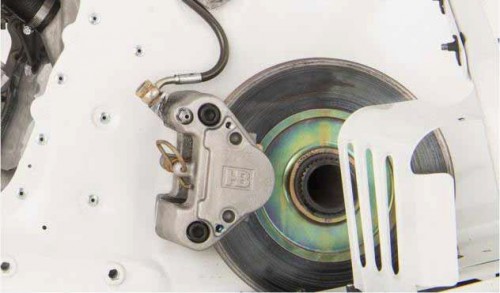 Disk brake is mounted low in the tunnel directly to the front drive shaft. 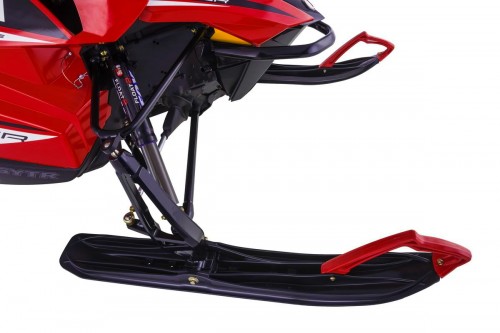 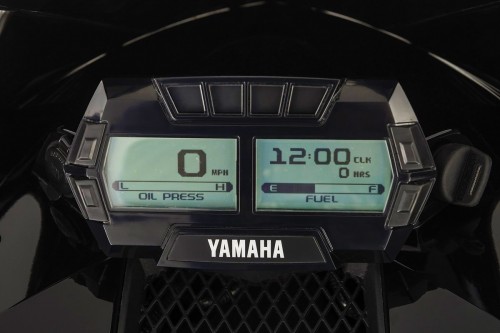 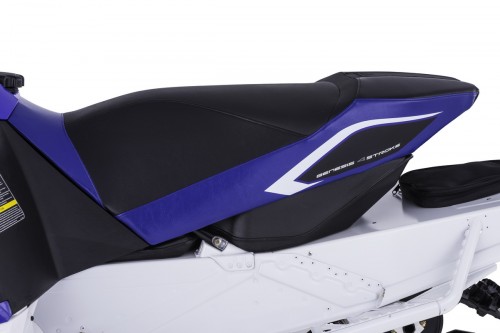 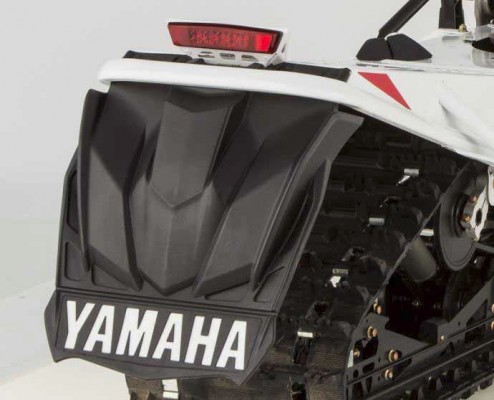 The SR Viper is a first in Yamaha history. Yamaha has offered its engines to other brands in the past, and the SR Viper marks the first time another manufacturer has worked with Yamaha to offer its chassis. It truly is a combined effort with some ideas from both engineers and yet keeping some Yamaha components exclusively for the SR Viper. The motor is made in Japan, while the machine is made and shipped from Thief River Falls, Minnesota. 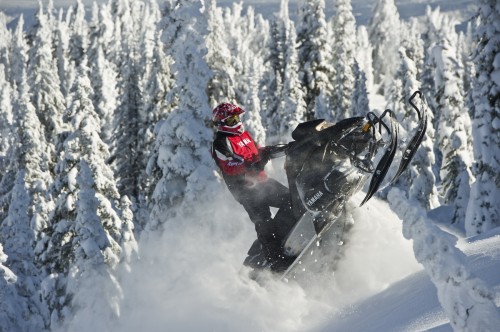 The Phazer returns with one trail model, one crossover model, and a new mountain version. The RTX is a solid runner with aggressive suspension combining the best the GT had to offer with the RTX suspension. The XTX offers a slightly longer track while the MTX offers a (size) track with Powder skis. The Phazer MTX is a great entry-level mountain machine with little competition in this arena. All Phazers are white this year. 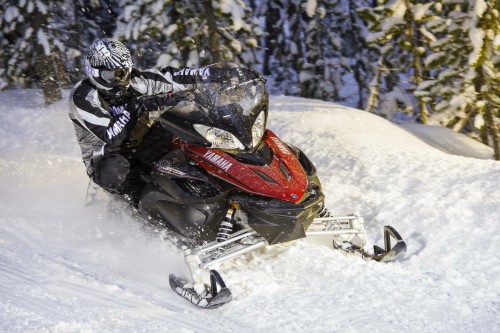 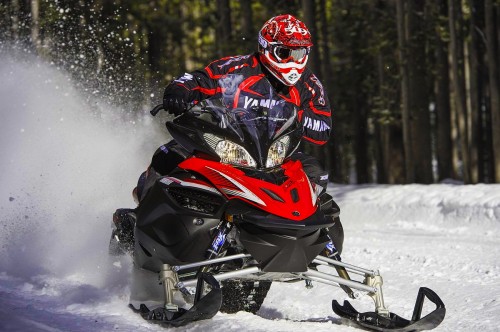 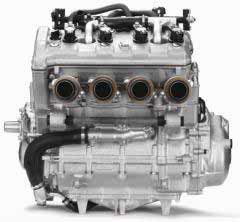 The Apex is the ultimate in Yamaha engine technology. The smooth 4-cylinder power you feel with this engine is second to none on the snow from any manufacturer. The EPS power steering simply adds to the overall beauty of this machine. New Tuner Skis reduces darting. It is available in three iterations for 2014. 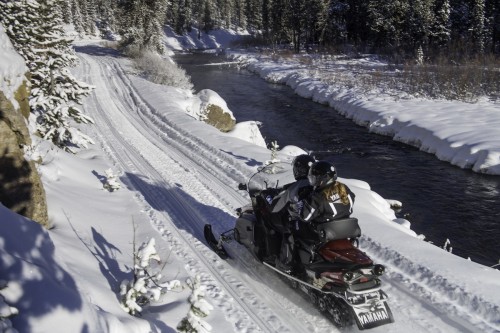 Yamaha’s touring sleds have become a favorite for our team. The four-stroke engine offers great fuel economy, easy starting, and plenty of power. The RS Venture is the price-point model with the carb version of the 3-cylinder 4-stroke engine. Stepping up to the RS Venture GT gives you EFI, a more powerful engine, power steering, and the ultimate in two-up comfort. It’s also a model you’d feel comfortable touring by yourself with. New for 2014 is the RS Venture TF. This model adds a longer articulating rear suspension. Finally, the Venture MP offers an entry-level touring/utility package combination.

The RS Viking Professional returns as the workhorse of a sled from Yamaha. 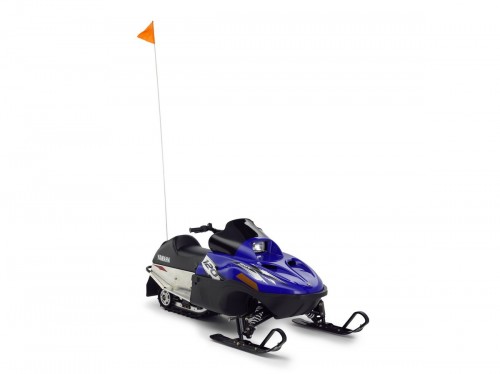 The SRX 120 is another co-branded snowmobile between Yamaha and Arctic Cat. It has a Yamaha 123cc 4-stroke engine and kid-friendly ergonomics. This youth model features the Yamaha blue with SRX graphics.

Yamaha has a full lineup for 2014. A lot of the models are tried and true with minor updates or color changes. The big news of course is the SR Viper. This model is exciting in that it’s a first for Yamaha. They have a lot riding on this model and it remains to be seen how well it’s accepted by loyal fans and how well it all works together. Yamaha is proud of their chassis designs and this is a departure from the norm. Yamaha sees something in this partnership or they wouldn’t put their reputation on the line.

The proof is in the pudding, as they say, and Yamaha has a lot to prove with this model. Will this be a long-term direction? Is this just a glimpse into Yamaha’s future? We know that Yamaha is dedicated to the snow industry. They do have a 10-year plan. They aren’t going away, and we’ve only been given a small insight to Yamaha’s plans. 2014 is just the beginning.