The cold and snowy season has come to the end and the results are in on the 2014 Polaris Indy 800 SP. If you have not Snow Checked or figured out what you want to hit the snow with next season then hold on to your hats.

One of the biggest things that stuck out for me was the power. I don’t think there is another sled in its class that will beat it stock for stock. Powering through the trails or ripping across the lakes just puts a huge smile on your face. I have never been the guy to care about weight much but after switching from other brands on one of our rides, I couldn’t believe how light and agile the Polaris Indy 800 SP felt. Where other brands took more effort turning, the Indy took less. On one of our trips we had some of the worst trails of the year and once again the Indy 800 SP shined better than expected. If you found yourself in the air in a bad way there was no need to worry with how flat the Indy lands. In the stock setting the bumps were no match for the front or rear suspension, once again nothing but Impressive.

I found the seat and the seating position to be spot-on and comfortable enough for an all-day ride. Another thing worth noting is the oil consumption is better than I have ever seen on a 2-stroke snowmobile.

Polaris outfitted the MaxSled team with a handle bar bag and a large rear bag so storage was not an issue. Only two things would help the 2014 Polaris Indy 800 SP. One is better fuel economy. We averaged about 12MPG. The second would be the 1-inch track lug is just plain not enough to handle the power of the 800cc. A 1.25″ would be a great replacement.

One other note is that this thing needs better wind protection. It’s a pretty cold sled and I have some of the best gear. However, this can be remedied by going to Pure Polaris accessories. 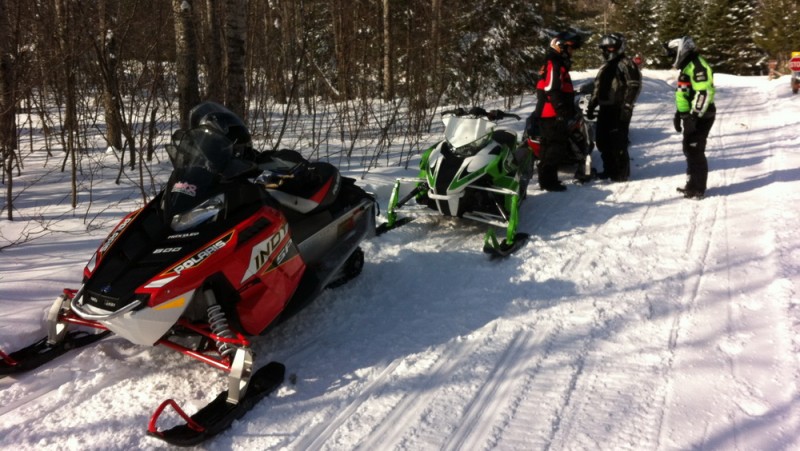 After reading all this you might be thinking that this sounds like a nice sled but why would you call it the Snowmobile of the Decade?

Here is where it gets even better. After you go out and ride every sled out there on the same day in the same conditions you might find one that corners a little bit better, and one might handle the bumps ever so slightly better, and another that is a little warmer. But they are all $2000 to $3000 dollars more. For the small differences is it worth that three grand? To some, maybe, but to most the Polaris Indy 800 SP does almost everything very well for the best price. The 2014 Polaris Indy 800 SP smokes them all.

When you add it up there isn’t another sled on the market that gives you this kind of value with this much fun. How much fun did you have while riding? Let me tell you, I have never been on any sled that had a higher fun factor than the 2014 Polaris 800 Indy SP. The only thing you can think about after you get done riding is when to get back on. That is what makes the Indy 800 SP in our eyes the Snowmobile of the Decade.

Publisher, Shane Zeppelin has this to say, “Randy, I couldn’t agree more. This is the kind of sled you should get when you put your hard-earned cash down on a sled. I would add that the seat is one of the most comfortable I’ve ridden. I would love to get the 2015 Digital Gauge on this sled to make it perfect.”

We will say this, the decade isn’t over and we look forward to the challengers who will try to knock the Polaris Indy 800 SP off that hill. 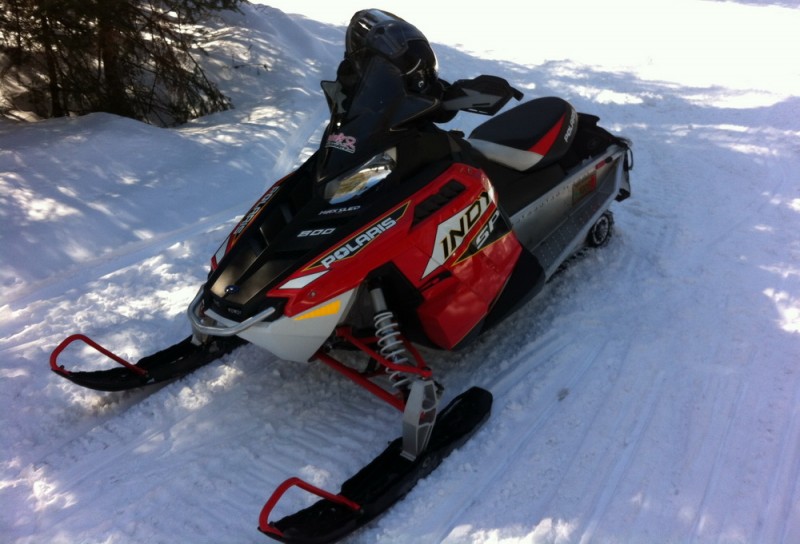