With all the new acronyms out there, it can become confusing to enthusiasts on which of the new models may be just right. Do you want the LE, the SP the XR, the LR or the BFH.  For 2013, Polaris has simplified its lineup–introducing 8 new models–to make the choices easier for everyone. 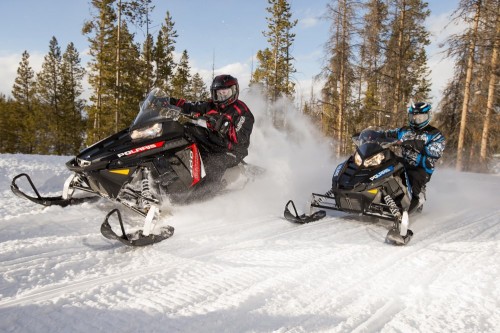 According to Big Red, even with the lack of snow last season and some areas of the snowbelt seeing sparse amounts of fluff, the entire snowmobile industry was only down by single digits.  Sales in the US were slightly down, while Canadian sales were slightly up. The performance segment was down, as well as four-stroke sales.  The only category that showed an uptick in sales was the Deep Snow segment.

A popular seller for Polaris last year was the newly reintroduced Indy 600.  For 2014, the Indy line has been expanded to several new Indy models. 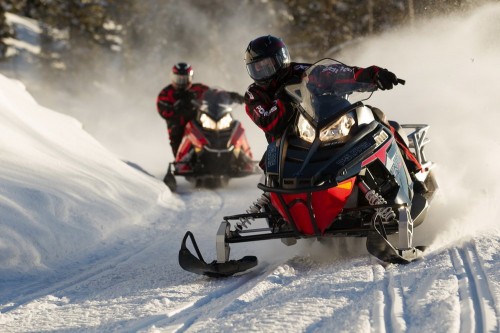 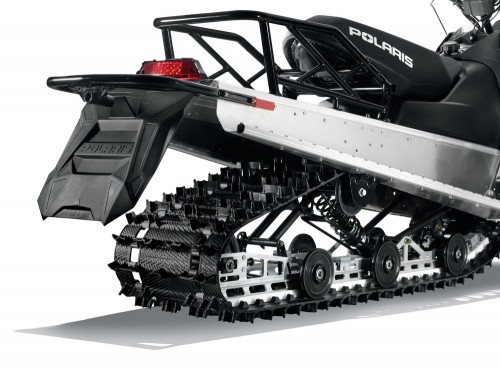 The new 550 Indy Adventure features the same versatility as the 600 Adventure with the aluminum rack for cargo and mounting points for the Lock & Ride saddlebags.  It can be converted to a 2-up machine in seconds with the new Lock & Ride Convertible Passenger Seat. 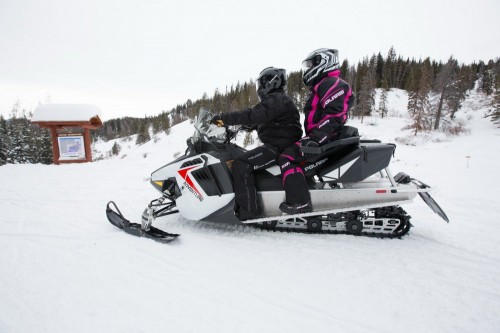 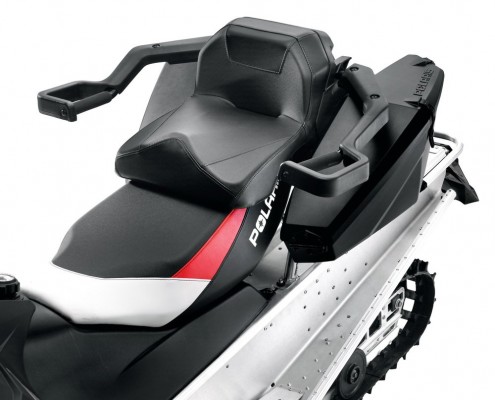 The new 550 Indy LXT is a full touring model with many of the same comfort features as other touring models including a fixed backrest, passenger hand grips, tall windshield, rear cargo rack, electric start and hood-mounted mirrors. It is 80 pounds lighter than the IQ chassis model with better performance. 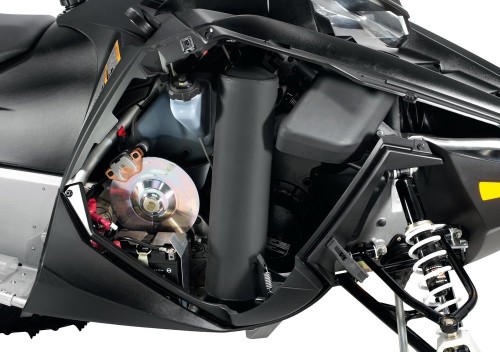 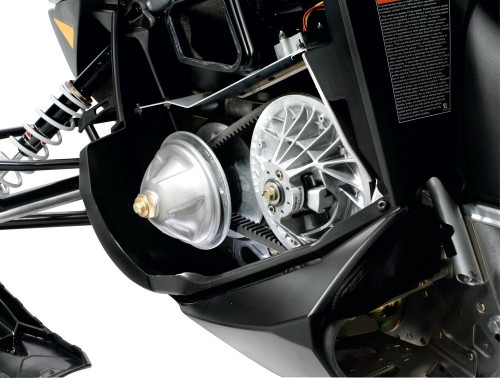 The Indy 800 SP is to get the legendary Indy handling with a higher performance Cleanfire 800 engine package. It features the Pro-Ride chassis with Pro-Ride IFS, Fox Shox and a 121” Hacksaw track. 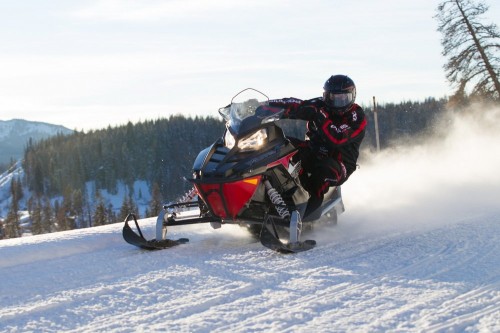 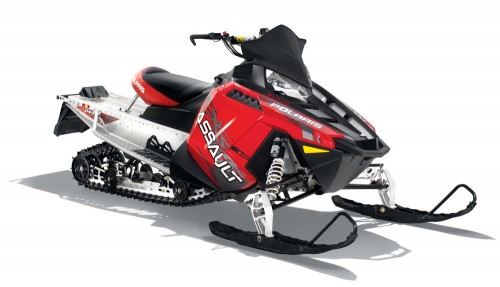 The RMK models include the 600 RMK 144, 600 RMK 155 and 800 RMK 155 to further simplify the lineup and mountain segment. All three include the Pro-Ride RMK adjustable front suspension with RydeFX Shocks, Gripper Skis, electric reverse, a fixed 3.5” handlebar riser and digital multi-function display. 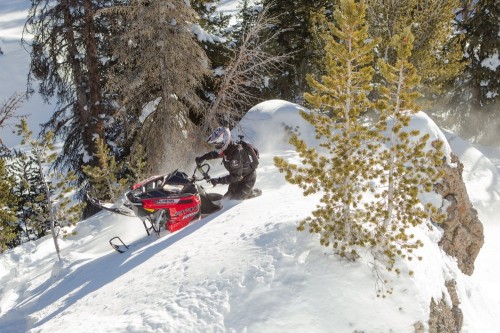 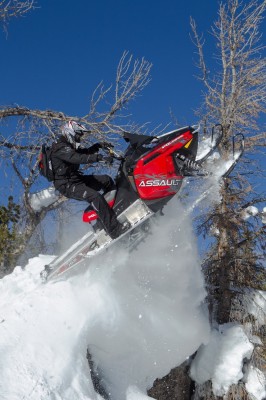 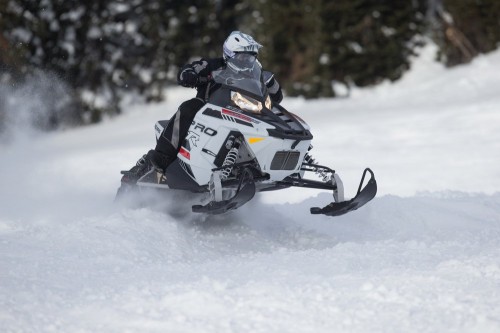 The 2014 600 IQ LXT and Turbo IQ LXT round out the touring lineup and both feature the 2-up pillow seat, Lock & Ride backrest, adjustable handlebars, electric start, passenger handwarmers with gauntlets, power outlets, smoke windshield and hood mounted mirrors. They include the IQ 136 Comfort Rear suspension with RydeFX shocks and a 1” Hacksaw track. 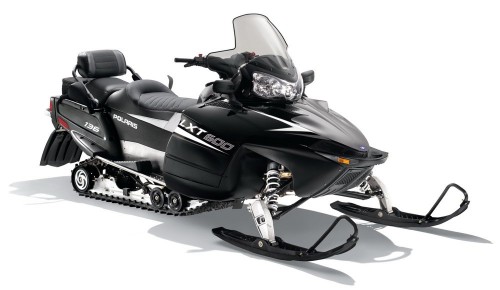 The 120 Indy returns for 2014 with the 120cc 4-stroke engine, safety tether, underseat storage and adjustable throttle for parental control over the top speed.

Even though Polaris or any other manufacturer will never get totally away from Alphabet soup, it’s refreshing for an OEM to offer a more simplified lineup, models with actual names and to continue delivering on their strengths and what the customer wants. An alphabet soup diet is a resolution we can all keep. See the full lineup at the Polaris Industries web site. 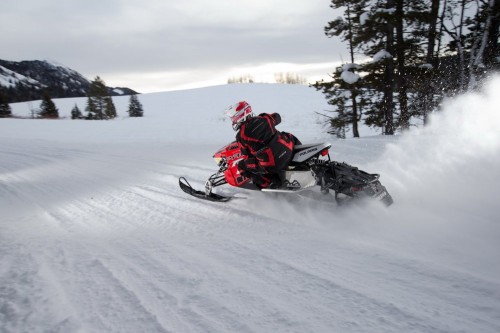