Arctic Cat drops the hammer with 74 models including 13 new models for 2015. There is obviously a model for everyone with this expansive lineup. With all the models and acronyms it may get confusing to get it all straight, but we are here to help. 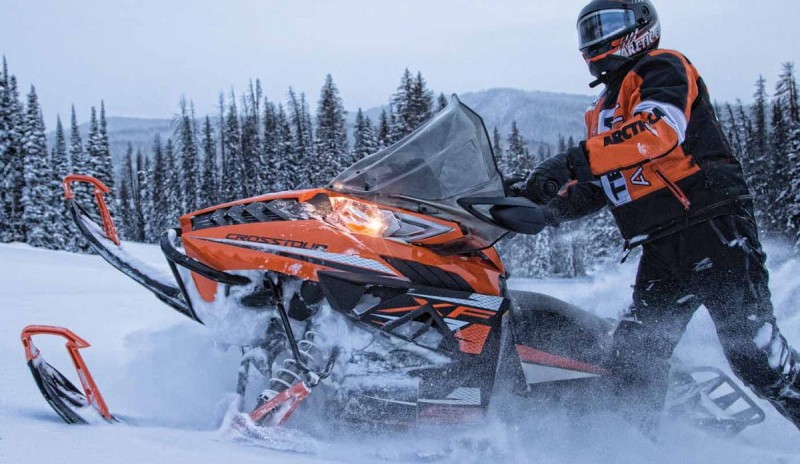 Now that we got that all straight, here are the models: 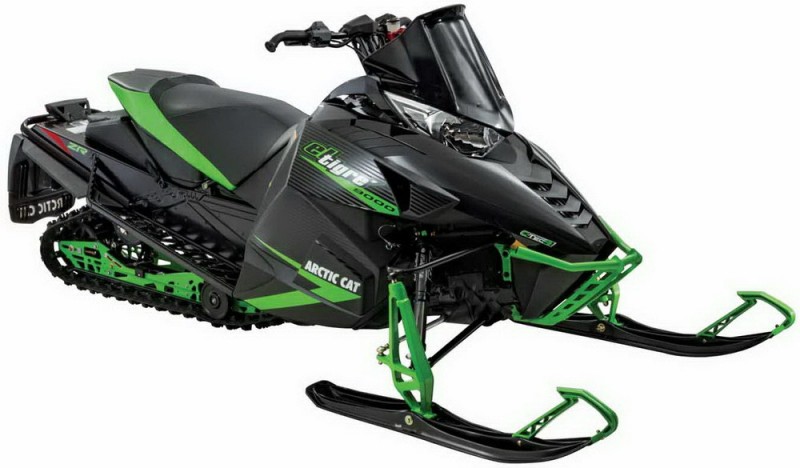 The ZR series of sleds dominate the popularity of the well sought after trail class machines and offers 23 models in three new packages for 2015.   These models are available in the 6000, 7000, 8000 and 9000 series of sleds. The new ZR Sno Pro is equipped with FOX FLOAT 3 shocks and larger 2-in diameter IFP rear shock. The ZR LIMITED and ZR EL TIGRE are essentially the same models with the LIMITED in Orange and EL TIGRE in classic Team Arctic Green. They feature the front ProCross bumper, rear storage bag, goggle holder, Sno Pro brake lever and a tunnel flare to enhance the unique look. The ZR 6000 RR adds the race-ready features of the FOX FLOAT X EVLOL front shocks and FOX ZERO rear shocks, calibrated for the harsh pounding of race machines. 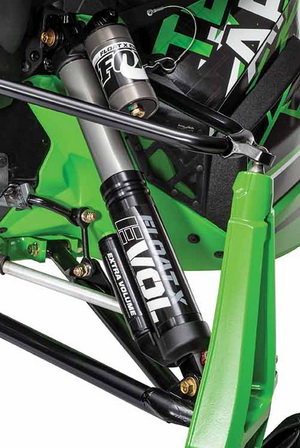 The all new ZR 4000 for 2015 is in the ProCross chassis, featuring the Arctic Drive System with Torque Control Link, RMC hydraulic brake system, Arctic Cat IFP all around, push-button reverse, a 1.0-in. lug Ripsaw II track and a mid-LXR-height windshield. For a more hardcore option, the new ZR 4000 RR is a race-replica machine with similar calibration specs to the cross-country race machines.
It features FOX FLOAT EVOL X front shocks; 1.25-in. lug height Cobra track; lightweight brake disc; plus running board edgerolls and reinforcements. The RR also comes with the race version of the SLIDE-ACTION rear suspension, complete with FOX Zero Pro clicker shocks with remote reservoirs. 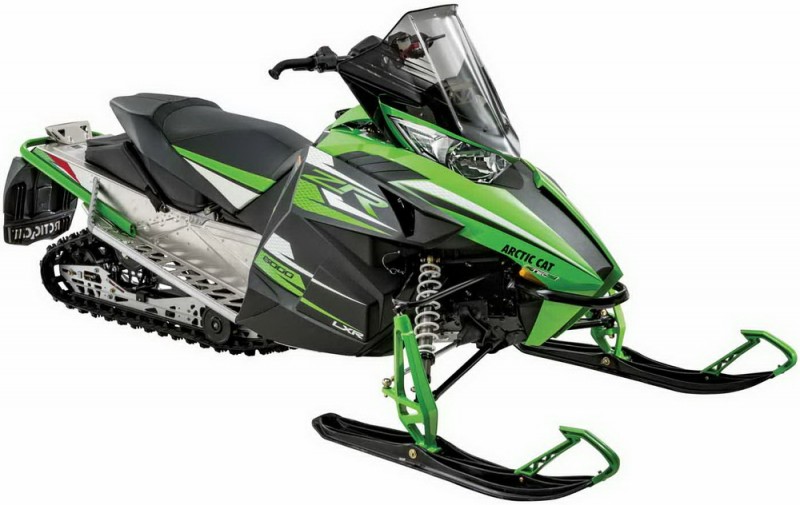 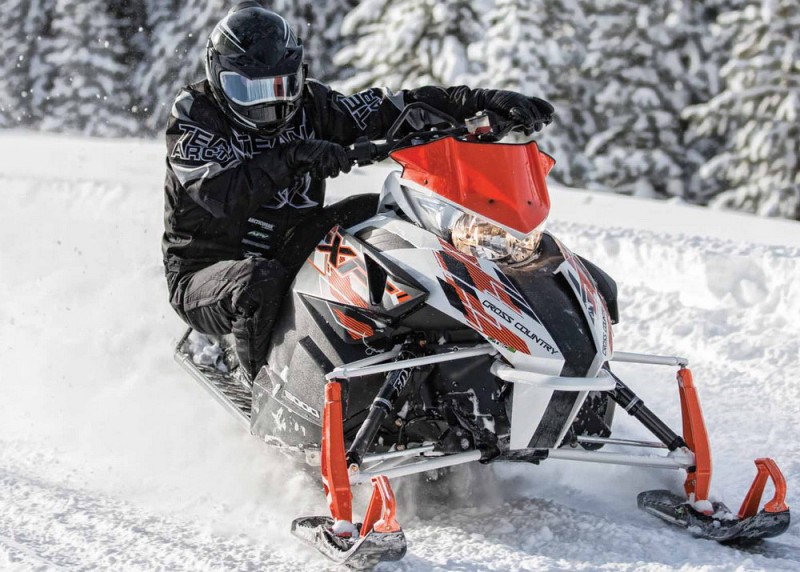 The XF series Crossover sleds are offered in either the ProCross or ProClimb chassis, depending on where you want to do the majority of your riding. There are 16 models with the ProCross Chassis in the engine models of 6000, 7000, 8000 and 9000. The LXR offers a more cushy ride with Cat IFP shocks all around and a Ripsaw II 1.25-inch lug track. The Sno Pro upgrades to FOX FLOAT 3 front shock and a larger 2-in. diameter IFP rear shock. The LIMITED has similar features to the Sno Pro and adds the ProCross front bumper, rear storage and a choice of either Green or Orange graphics.

The new XF 6000 CrossTour joins the other 7000, 8000 and 9000 CrossTour models and featurs Cat’s own 600cc 2-stroke twin. The CrossTours have a longer 141-inch track, standard electric start, mirrors and a high windshield. It can be ridden solo or with a passenger with the rear SpeedRack system (or the quick attachment of accessories like the an optional 2-up seat. 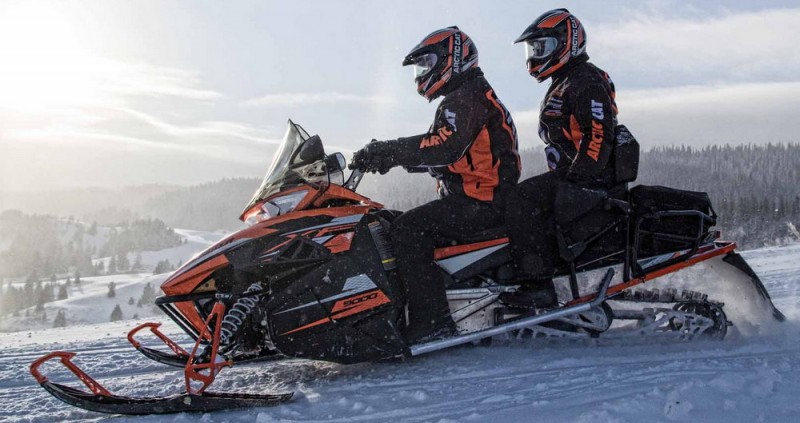 The XF ProClimb models include 12 models in the Cross Country or High Country in the 6000, 7000, 8000 and 9000 series, including four new models with the 6000 and 7000 class engines. The Cross Country models have the lay down steering post, 42-43 inch adjustable ski stance, dual carbides and a Cobra 141 x 1.6-inch lug track. The High Country models are for designed for even deeper snow and off-trail riding with the 40-41 inch adjustable ski stance, single carbides, and Power Claw 141 x 2.25-inch lug track. The LIMITED models in the 8000 and 9000 series have the ProClimb front bumper, rear storage bag, electric start and goggle holder. 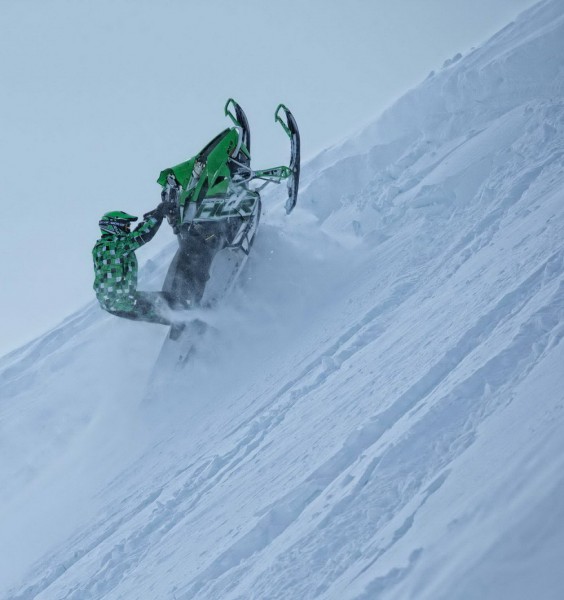 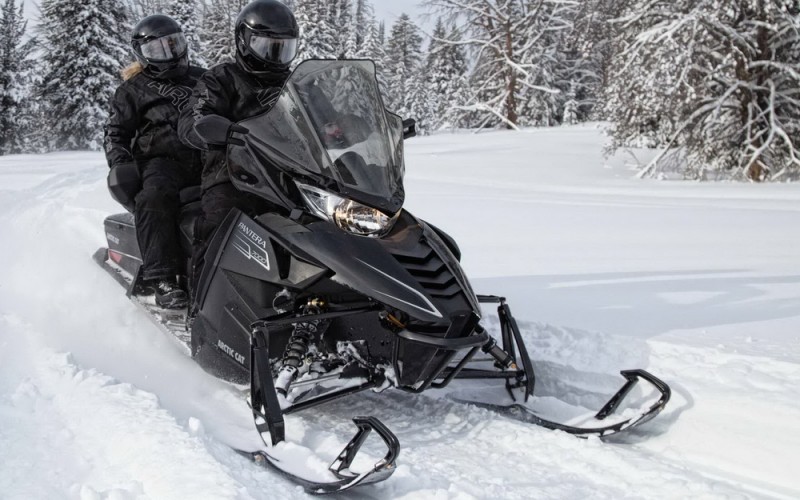 The Pantera name returns for 2015, but this is not your father’s Pantera. The all-new Pantera 7000 features the Yamaha 1049cc 3 cylinder 4 Stroke fitted in the new ProTour chassis. It has both rider and passenger heated seats, large rear storage, detachable passenger seat, dual electrical plug-ins and a new 15 x 146 x 1.25 Quiet track. The Pantera 7000 LIMITED adds a 4.3 gallon auxiliary fuel tank, locking detachable luggage, and a deluxe digital guage. 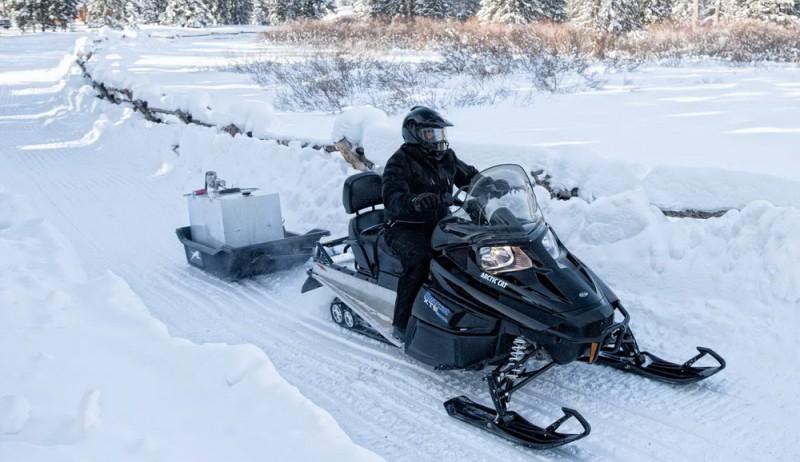 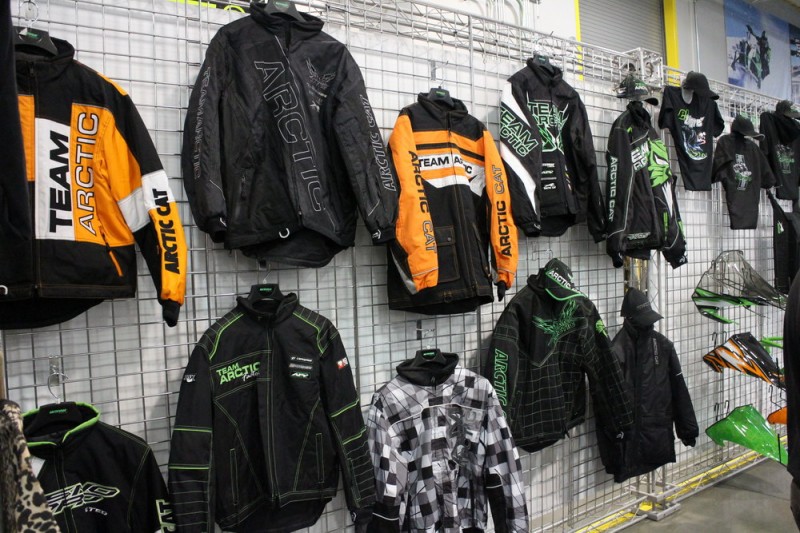 New gear and colors to match the 2015 sleds.

Although it may seem overwhelming with all the models available, there are some subtle differences in many choices—some just a color choice, but it adds choices and styling to fit your unique riding styles and personalities. Regardless if you’re 6 or 86, if you have a pulse, then there’s a sled here for you. You can find out more at Arctic Cat or your Arctic Cat dealer. 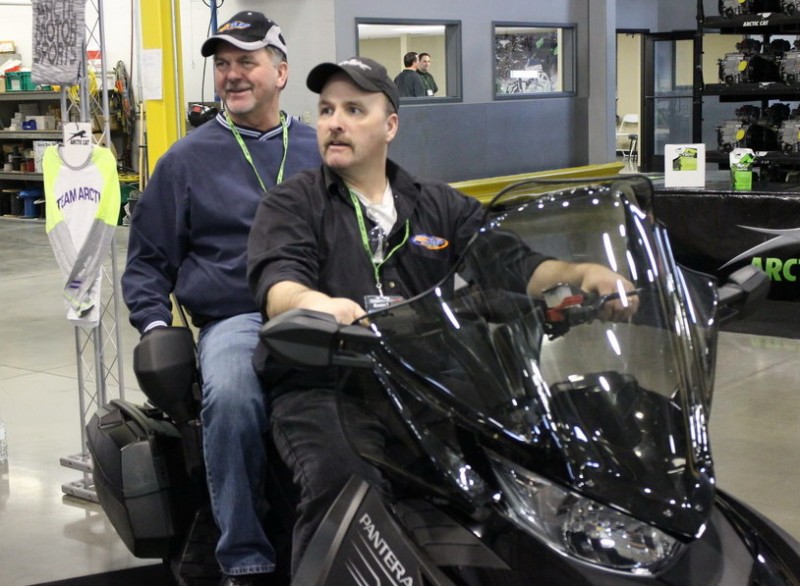 You won’t see this on the trail. Senior Editor, Larry Kaduce and Test Pilot, Randy Nemitz, two-up on the same sled.