Optimism for a winning 2015-2016 race season runs high throughout the Polaris Snowmobile Racing program thanks to an infusion of new young talent in the Pro snocross ranks, the winning momentum of cross-country racers on Polaris-exclusive AXYS® sleds, and the fact that already-dominant Polaris hillclimbers will have the performance advantage of racing on sleds built on the all-new AXYS® RMK platform.

“It’s extremely competitive in every racing discipline, but we feel we have the teams, racers, and outstanding Polaris race sleds to win our share this winter,” said Polaris Snowmobile Racing Manager Tom Rager, Jr.

The 2015-2016 snowmobile racing season kicks off on Thanksgiving weekend with the snocross season opener in Duluth, Minnesota, and runs through April, when the final hillclimb events are held in the Rockies.

The Polaris ISOC National snocross ranks have been infused with fast, young talent for the upcoming winter. 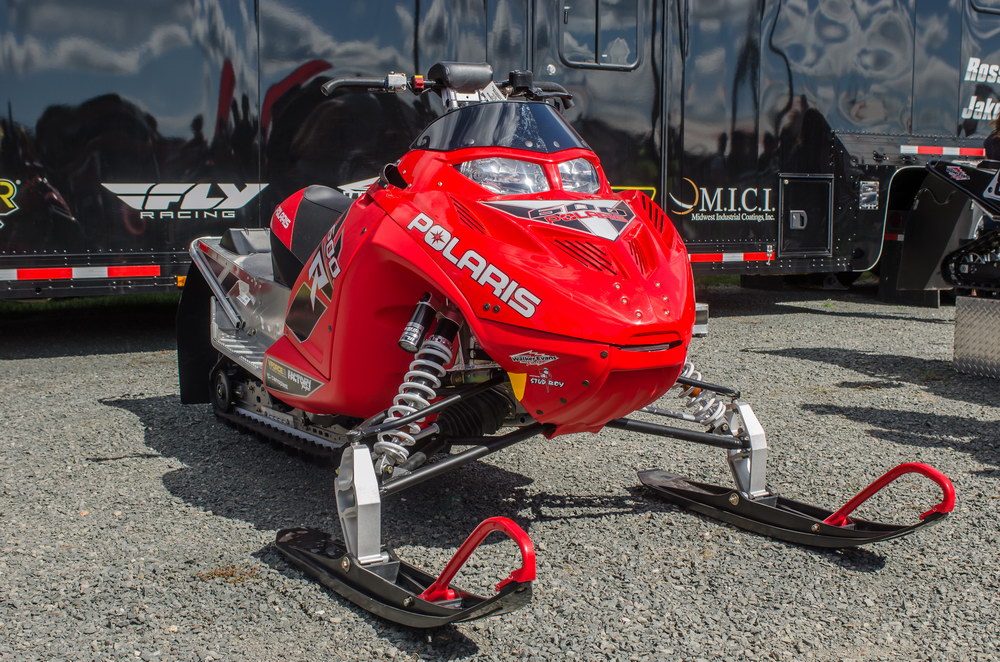 “We made some big changes in our Pro Open lineup with three Pro Lite guys moving into the Pro Open class, something we have never done before,” Rager said.

“We’ve got eight full-time ISOC Pro Open riders,” Rager said. “The new guys have all shown that they’ve got the speed to be in Pro Open, and we’ve got four guys returning who are proven veterans.”

“Those [veterans] are so solid, you can count on those guys every weekend,” Rager said. “It’s a nice luxury for us to have those guys who are rock solid to anchor this new crop of Pro Open riders we’re bringing in.”

Polaris cross-country racers used sleds built on the AXYS platform for the first time last season. They won races and learned a great deal about how to set the sleds up for racing.

“The AXYS chassis worked great last year, and Ryan Faust won the Pro final at the USXC season opener on an AXYS,” Rager said. “But since it was brand new for our racers, we had a steep learning curve. Our racers did a great job adapting to it, and we’ll be even more competitive this year.”

He noted that the AXYS sleds raced in USXC cross-country events were virtually stock sleds just like what’s available at Polaris dealerships.

“It’s a showroom piece,” he said of the RUSH® PRO-S models. “Other than some different spring rates and valving changes for particular riders, it’s a showroom stock sled.”

Quam is taking this coming winter off to attend to work and family commitments, Rager said, but he will still be working closely with Faeo, who will team with four-time race winner Marc McKenna in the 2016 Iron Dog. McKenna teamed with Allen Hill to finish third on AXYS Switchback models in last winter’s race.

Rager said Polaris enduro racers competing on the MIRA circuit, in the No Bull Triple Crown, and at the Soo I-500 will once again race on the Polaris IQ® Race Sled equipped with a special Soo suspension kit.

“Each year we try to make a couple tweaks and improvements to that package,” he said. “Last year we felt we made some changes that were beneficial but they didn’t get to show up because the Soo got cut to half-distance. The changes we made didn’t get a chance to show up, but we hope they will at this winter’s Soo.”

Polaris hillclimbers have dominated the RMSHA circuit for several seasons, and they can approach the coming season with optimism because all the top Polaris racers return, and they will be racing on new AXYS® RMK® sleds.

“We had some racers test with the new sled last spring and they absolutely loved it,” Rager said of the patented raised chassis that delivers instantaneous lift. “It should be even more fun this year to take this new, improved chassis and go do battle. Plus, it’s the same sled any consumer can go buy off the showroom floor.”

Ovals: Gearing Up for a Rebound

Polaris oval racers were not satisfied with their success on several oval circuits and at the Eagle River World Championship Snowmobile Derby last winter, and they’re all eyeing a return to the top of the podium this season.