In a series of 22 locations across the snow belt, Arctic Cat, Polaris and Yamaha will debut a “Sneak Peek” of their new models for 2012. Most are free admission events that will display 15-18 sleds from each manufacturer. That’s 50+ new snowmobiles on one show floor all at the same time.
Snowmobilers can see, touch, sit on and inspect the sleds that will be at their dealer in the fall. Also, final decisions on taking advantage of the special incentives that are offered during the spring buying programs can be made with first hand inspection of the various models. 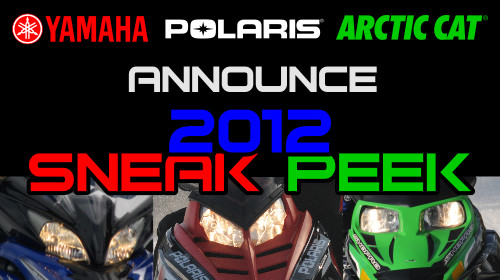