Arctic Cat today announced that it has entered into an agreement to transition its snowmobile engine manufacturing from Suzuki Motor Corporation. Arctic Cat will begin manufacturing some of its own snowmobile engines in St. Cloud, MN, after the 2014 model year. Currently, Suzuki supplies all engines for Arctic Cat’s snowmobiles. Suzuki will continue to supply the company with engine parts to service existing engines after the 2014 model year. 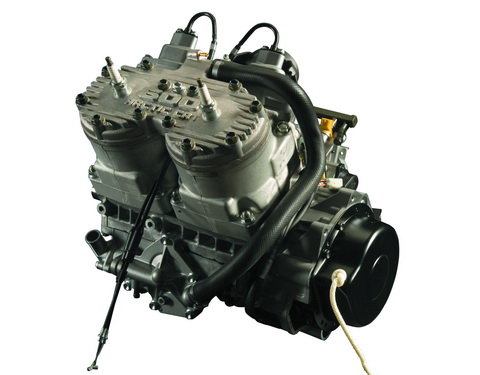 Commented Arctic Cat’s chairman and chief executive officer Christopher A Twomey: “Suzuki has been an outstanding engine supply partner for more than 25 years and remains a significant shareholder in Arctic Cat. However, we are changing our engine strategy in order to gain more control over our products, and enhance our ability to meet regulatory and performance requirements. This also will enable us to better utilize our current engine manufacturing capacity, resulting in potentially better costs.”

Twomey added: “Our St. Cloud engine facility has been a great addition for the company since we began manufacturing our ATV engines there in 2007.”

The 56,000-square-foot plant is located on 15 acres and currently employs 41 people. At this time, the company plans to use existing plant capacity and personnel during the transition. Arctic Cat expects snowmobile engine production to begin in St. Cloud in fiscal 2015.