Not only did FOX athletes fill the top steps of Pro-Open and Pro-Lite podiums at the International Series Of Champions (ISOC) National Snocross this past January 6–7, they did it in front of the biggest crowd the storied venue has ever seen. Canterbury Park in Shakopee, MN, has played host to snowmobile racing events for over a decade and a half, but the facility saw record attendance for Saturday night’s racing and more than 15,000 total fans on the weekend.

In addition to the racing, one of the main attractions outside the facility was the FOX booth, which featured Levi LaVallee’s record-setting snowmobile. LaVallee jumped a whopping 412-feet this past New Year’s Eve.

The Canterbury track is traditionally one of the toughest on the schedule and this year’s was no exception. It featured two triple jumps and a challenging mogul section. Warm temperatures meant wet, sticky snow, but after dark it began to set up making suspension changes critical to success. 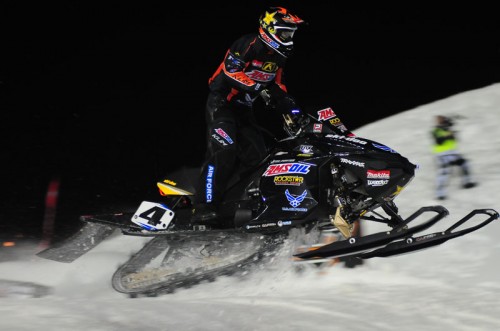 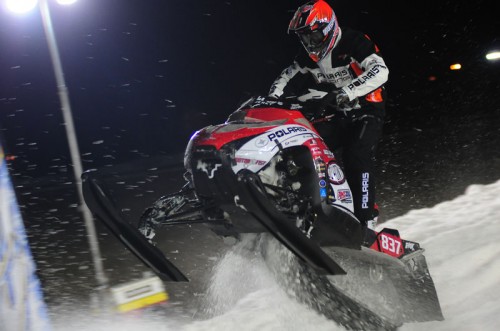 Saturday night, Tucker Hibbert and Malinoski battled back and forth the entire 22-lap race. Hibbert edged Malinoski for the win and the pair claimed the top two steps of the podium in front of the record-sized crowd. Kamm, who has been a juggernaut in the Pro Lite class, won all his heats and the final again on Saturday making it a clean sweep on the weekend. 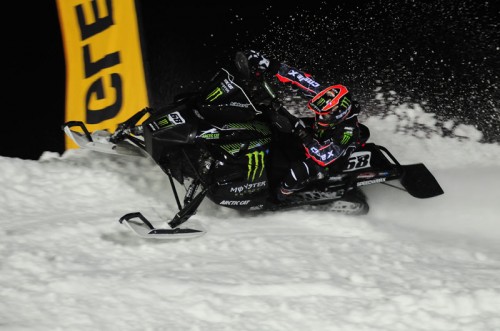 “The mix of giant triple jumps and sharp moguls sections posed a real challenge,” said Rick Strobel, Snowmobile Race Manager at FOX. “We worked hard with the teams on setups and were able to come up with a winning formula for the weekend that put FOX athletes on top of the box.” 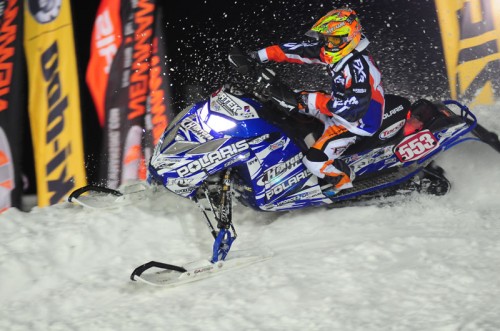