Every year we gaze into the headlights of our sleds and try to peer into the future to guess what the OEMs will bless us with the following year. The snowmobile industry has a history of coming out with something new or different each and every year. Sometimes we hit the mark and sometimes we don’t.

Arctic Cat continues to ride on their four-stroke platform with one engine in two power configurations. They have about every segment covered except the guys who prefer a 2-stroke 600 class sled. While the 1100 engine satisfies some of those riders, it still doesn’t perform like a 2-stroker. I think 2014 will finally see the 600cc 2-stroke engine in both the ProCross and ProClimb chassis. 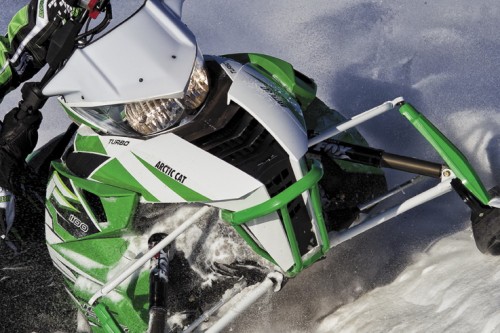 The 500 liquid racer-wanna-be might change over to the ProCross chassis as well. It would make sense to reduce the number of molded parts and other components now only made for the Sno Pro 500.

I don’t see anything new replacing the 1100 Turbo sleds, nor do I see anything major in the touring or Bearcat lineup.

Polaris will likely expand their Indy series to include the 800 motor. While the Pro-Ride suspension works well, there is a major cost difference between that and the conventional suspension that has worked just fine all these years. The Indy is what we wanted to see the first year the Rush was introduced. I think the Pro-Ride suspension will be kept in the Rush Pro-R and the Switchback Pro-R, but I see Polaris putting a 136-incher under the Indy chassis and calling it an SKS. That would be sweeeet! 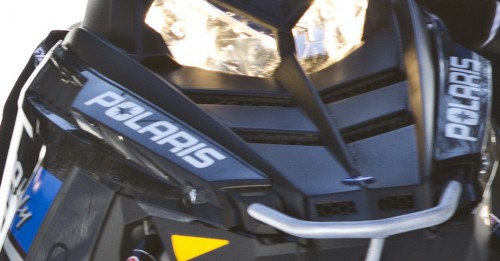 The Shift could also disappear and the 550 fan could end up in the Indy chassis as well. That would be a nice entry package, too.

Ski-Doo has been a best-seller for a few years now. They did some improvements last year but mostly in body design. Their chassis and engine packages work quite well and I don’t see many surprises coming from Ski-Doo. Their terrain sleds work well and have been recently updated. They have every segment covered, and they have about every power package covered except one. 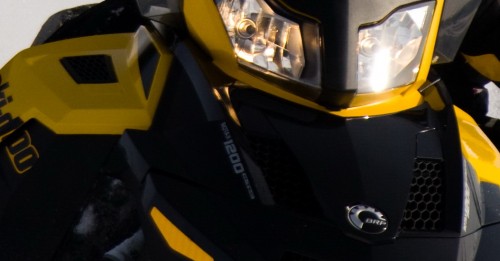 How about the Mach-Z? Could we see a turbo-charged 4-stroke engine that competes directly with Cat’s 1100 Turbo? That’s the only category Ski-Doo isn’t competing with right now. How about it, Ski-Doo?

Yamaha is due for a major shakeup in the industry. I foresee Yamaha coming out with a big chassis change for 2014. Likely the Nytro will be gone, as will the current Apex. Both engines will stay, but one chassis will be designed where both engines fit. This will be the hot-rod chassis for Yamaha. It will be lighter weight and with the current engine offerings will perform better due to the power-to-weight ratio. The chassis will be unique to Yamaha but have ergonomics on par with the Polaris Rush, which would place it on top in the 4-stroke category. So far nobody has the perfect 4-stroke ergos and Yamaha could prove to offer that next year. 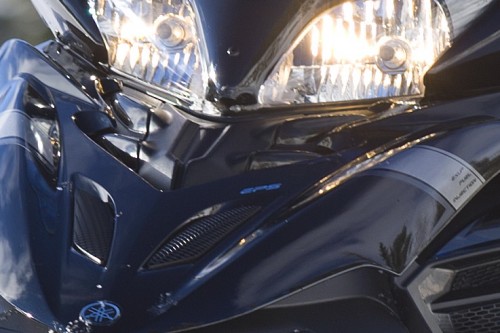 The RS Vector will likely stay as will the Venture GT. The Phazer will likely stay one more year, although I can see that engine finding its way into the new chassis down the road. Although the Phazer chassis could get some use as an intermediate sled with a lightweight 2-stroke engine placed in it.

Power steering will stay, as it should. You CAN tell the difference when you go from a Yamaha with EPS to any sled without. It’s not a gimmick, it works.

One category that is missing from nearly all of the manufacturers is the old 340cc mid-sized models. Yamaha’s Phazer is the only model that comes close to filling this category. Maybe Polaris will put a 340-fan in the Indy chassis; wouldn’t that be hot seller? How about Arctic Cat coming with a 340 Jag? For the longest time the manufacturer’s claimed they couldn’t compete with the price of the used sled market in this category. That may be true, but it would be fun to see a resurgence of the 340 Fan.

These are my predictions, and while not a huge stretch of the imagination, let’s see how close I am.