All of the OEMs are now embracing what they call the ‘extreme mountain rider’ segment.  It’s basically the group of riders that spend their time in the mountains, but instead of looking for trees to ride through all the time or big hills to climb all the time, this group spends their time launching off jumps, dropping cornices and generally throwing their sled around in what some call a ‘freestyle or freeride’ way. 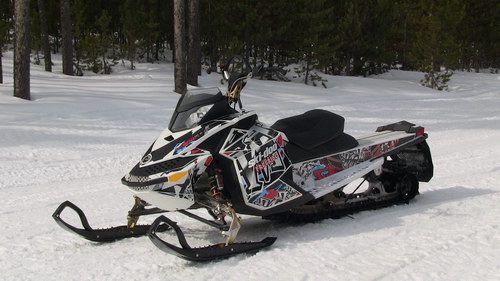 Enter the Ski-Doo Summit Freeride. This spring check only model for 2011 was built around the concept of a mountain sled with stronger chassis and great shock package that could take the additional pounding that a freerider is going to subject it to. And Ski-Doo’s approach to the Freeride gives the buyer the option to personalize it even further with a basic blank white color package with 10 different sled wrap schemes to choose from. In a snowmobile world that often finds you riding a sled that looks exactly like 50 others on the mountain, the Freeride steps up and lets you customize the look so that you have a sled that is as distinct as your riding style. 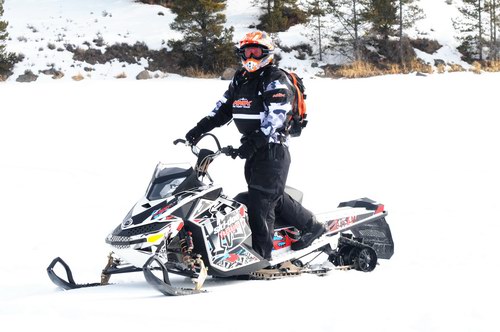 The heart of the Freeride is the new E-TEC 800R motor.  In the spring last year when the E-TEC 800R was released Ski-Doo was pretty confident that the motor was going to be in the 155hp range.  Well as the calibration work continued the new motor settled in at a more than respectable 163hp.  The Freeride benefits from this smooth, crisp power. Clutching is spot on and gives the Freeride a snap that you want when you are popping off a snow mound or up through a wind drift. 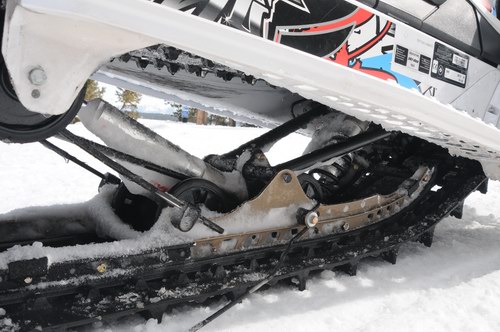 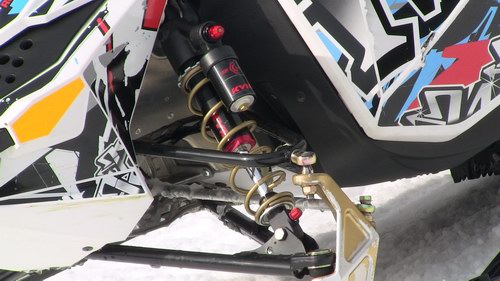 I found the Freeride fun and predictable.  The shock package is one of the best available from any OEM and offers both compression and rebound adjustment. Once dialed in, the Freeride handled any big hit I could throw at it.  I’m not a little guy, at 250lbs without riding gear, I can test the limits of most stock shock packages. The Freeride was up to the task. I dropped the sled off of more than a couple big drops and it was like landing on a pillow (don’t tell the Ski-Doo marketing folks about that). With the 154 track the Freeride is well mannered and balanced when off the ground. It’s easy to get into the air (read jump) and the weight distribution keeps the trajectory predictable when it’s in the air (again, don’t tell the Ski-Doo marketing people that). The Freeride also has a quick disconnect on the sway bar which allows for you to try out the feel of no sway bar in a matter of a couple of minutes. 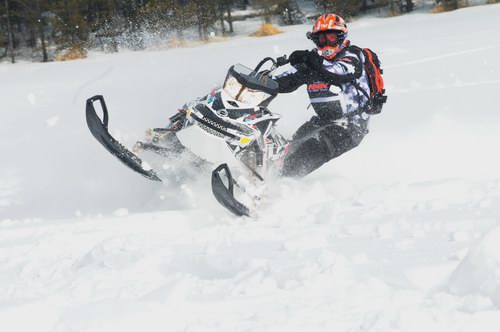 Trail manners are great on the Freeride, but once off trail, especially if it’s rough like up through the trees, over log humps, across other rider’s trenches and through tree wells, the Freeride goes where you point it and is super responsive to rider input. That can be attributed to the wide running boards with arguably the best snow elimination in the industry as well as a great set of bars and a narrow seat that doesn’t restrict movement back and forth across the sled.

All-in-all the combination of the strategically reinforced chassis/suspension and the new 800 E-TEC motor deliver a terrific ‘freeride’ sled. The Freeride is 20 lbs. heavier than the pure Summit X, but for those added pounds you get considerably better shocks, a stronger chassis and a great hybrid machine taking the best the MXz and the Summit lines have to offer. Plus the Freeride graphics packages ensure that you won’t be just another Summit rider on the mountain. 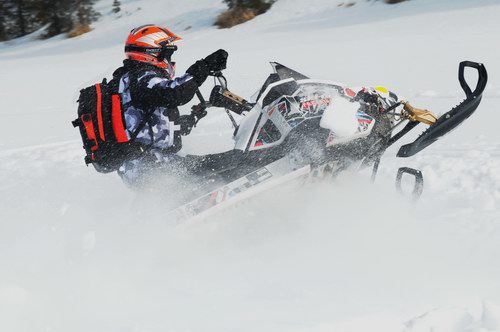