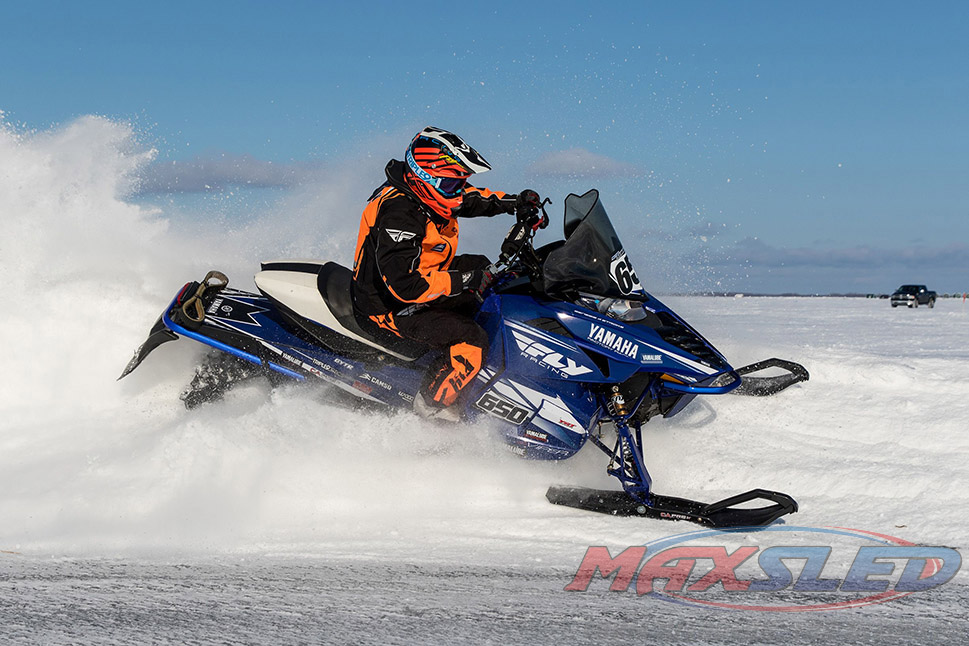 That’s a wrap on Pine Lake! The USXC Gerald Dyrdahl Memorial Pine Lake 100 is in the books and Mother Nature proved to be one tough competitor. We arrived a couple days before to do some testing and was greeted by sub-zero temperatures. At the time not realizing that would be the warmest temps of the weekend! With poor ice conditions offering us little testing time before the event, it was nice to head up a couple days early to get in some practice. Friday afternoon our master mechanic Patrick Trapp along with long time Factory Yamaha mechanic Dave Rychlock came up to assist us on the weekend 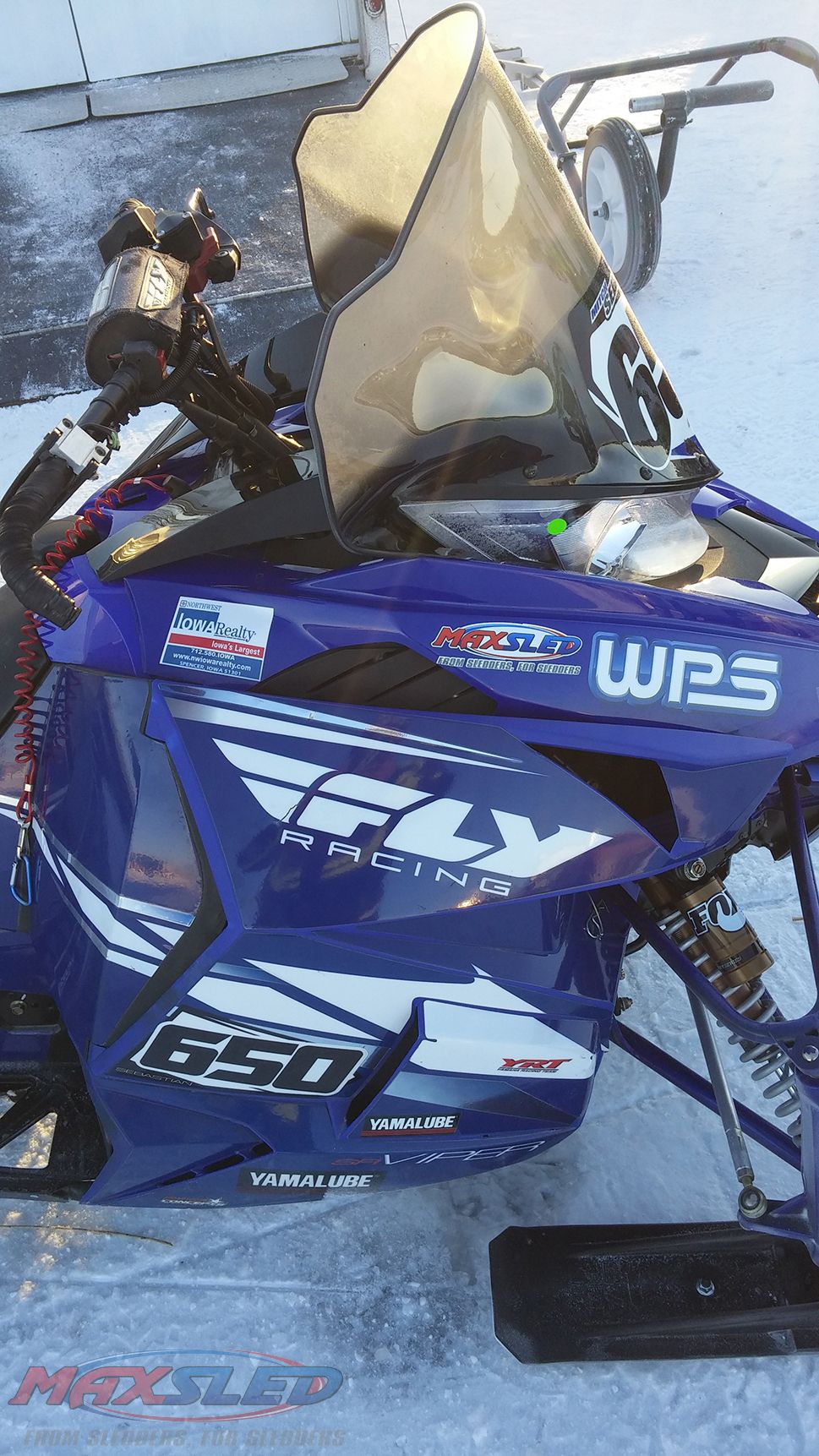 Saturday morning was a balmy -20 for the qualifying rounds. When it’s this cold and no breeze the snow dust hangs in the air making visibility extremely difficult! Might as well have a blanket over your eyes. For those of you who think snowmobile racing is easy, consider throwing a sled into a corner at 100+mph in white out conditions. Sketchy! Not only that, you have to do everything you can to keep feeling in your fingers out there. Here’s a ProTip: Fly Racing heated gloves and a big windshield are a must!

Qualifying didn’t go how I had planned. The conditions seemed to be getting the better of me and I was only able to pull through for a mid-pack qualifying position in Semi-Pro Stock for Sunday’s Finals. Semi-Pro Improved was a better run and scored a second on Saturday. This class is combined time over the two days so you always have to perform. 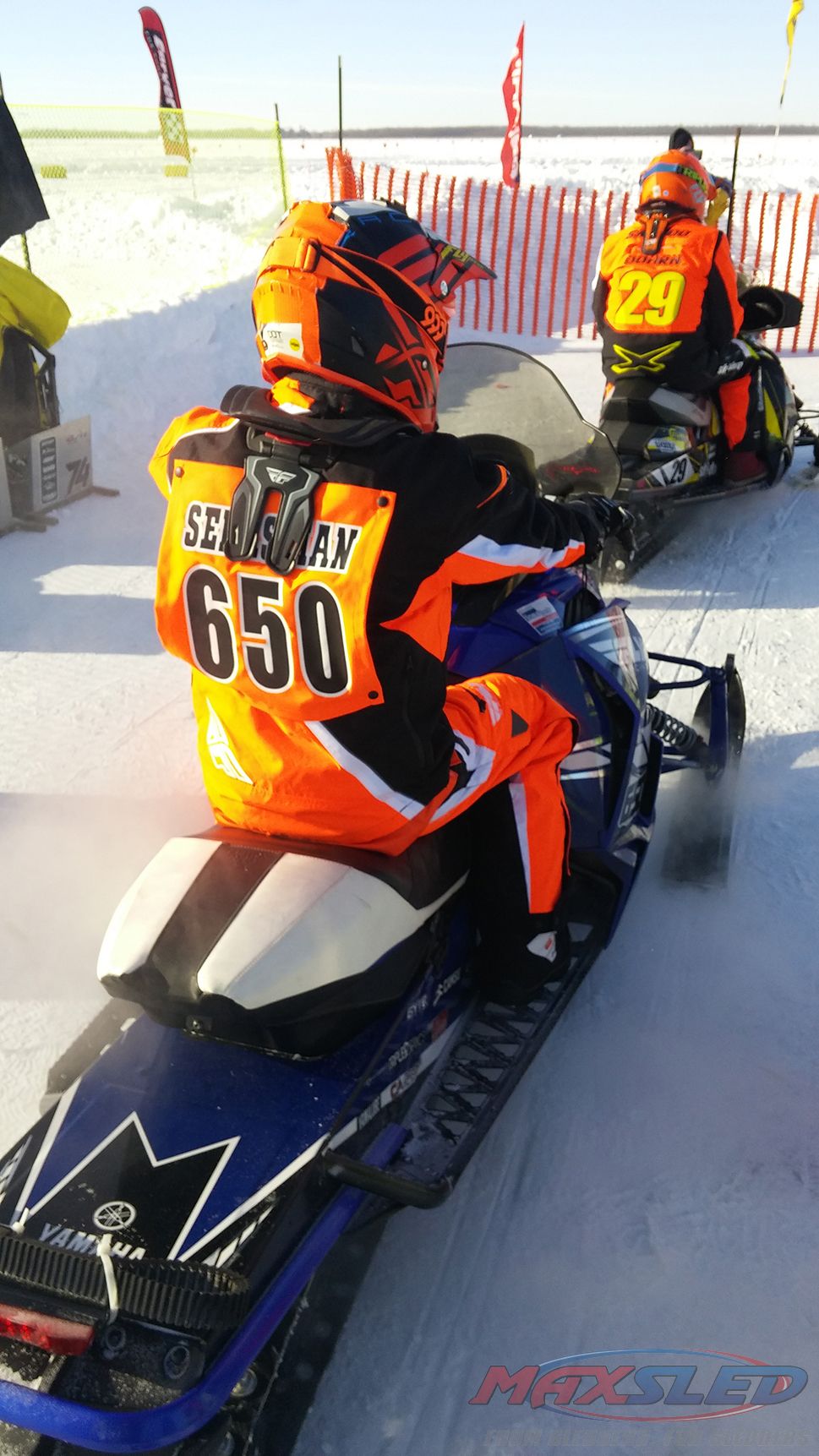 Sunday morning was the coldest temps of the weekend. The thermometer said -30F as we arrived at the track! At these temps nothing wants to start. Trucks, generators, heaters, sleds all were having a tough time firing up throughout the pits.

First up for me was the Semi-Pro Improved class, hoping to finish where I left off the day before. I didn’t run as strong as I did on Saturday but was still able to come through with 2nd overall on the weekend. I was happy with that considering some of the struggles we’ve had.

Time for the Semi-Pro Stock final and I knew I was already at a disadvantage with where I qualified. When the visibility is this bad starting towards the front makes your life a whole lot easier! After the 62-mile final, I wasn’t able to advance much on my starting position coming home in an unofficial 15 of 27 riders. Well short of my expectations.

The conditions at Pine Lake this year proved to be some of the toughest ever but we made it through safe and in one piece. We are already preparing for round 2 in Manvel, North Dakota in two weeks. The first ditch terrain race of the year. Hope you all had a safe and Happy New Year and pray for snow!