It’s that time of year when we do our best to predict what the manufacturers might offer for the next season. Publishers are privy to new models and technology many weeks before it’s released to the snowmobiling public. The reason is so that we can get our articles ready to publish. Sometimes photos and information are released before we legally can talk about it. Spy photos and leaked info through dealerships or trail riders can spoil some surprises, but publishers are bound to contracts not to post information about the new sleds or technology before a date set by the manufacturer. So if you read information about a new model, it may be fact but until it is officially released by the OEMs, it’s pure speculation.

That all being said, as of today we have not seen anything from the manufacturers. We will get to see it after January 24th, so until then we can only guess what they will offer us next season. Here are our predictions before we are spoiled with the goods. 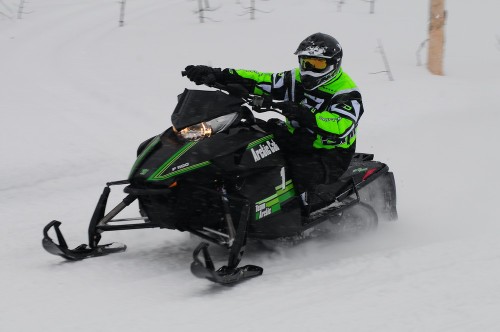 Arctic Cat did well releasing brand new chassis in the Pro Cross and Pro Climb versions covering most of their model lineup. That left boy-racer, utility and touring as the areas they left alone. The engines they offered were an 800cc 2-stroker, 500cc 2-stroker, 1100cc 4-stroker, 1100cc Turbo 4-stroker, and 570cc Fan 2-stroker to power their sleds. We all felt they left a huge gap by not offering a 600cc 2-stroke to compete in this popular class. The 1100 4-stroke engine works well for a lot of riders and is a fun engine for cruising, but it is not a replacement for the quick-zip of the 600 or the aggressive trail rider or ditch rider. So the first thing we predict coming from Arctic Cat is a 600cc 2-stroke to fill the void. That engine would end up in both the Pro Cross and Pro Climb chassis.

We also predict they will tweak the front suspension a little to reduce some of the ski lift we noticed last spring. There will probably be a few changes to the chassis here and there, but nothing major.

Another thing we predict is they will put the 500cc engine in the Pro Cross and eliminate the current 500 Sno Pro. The rest of the lineup will remain the same (F5, F570, Bearcats, and Touring).

One thing we will predict with Arctic Cat is they will benefit the most next year in sales. They over-sold many of their units this year and despite the horrid snow conditions, they should have a decent selling year once again. 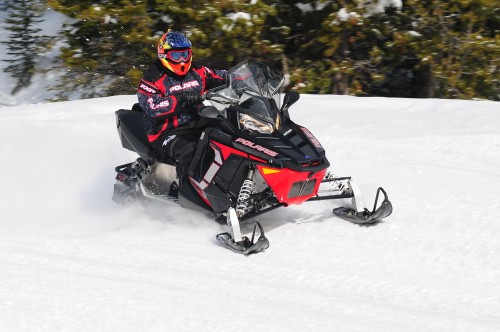 In our opinion, Polaris has the best chassis in the industry. The ergonomics are spot-on, the front suspension works like a dream (after 2010), the rear suspension works very well, and it looks contemporary. Plus, their engines are bullet-proof since the 800 has gone through its revisions. Polaris has won back its mountain domination and has done well to regain some lost market share. So where does Polaris fall short? In the touring class, that’s where.

We predict Polaris to finally rid itself of the IQ chassis in all but the 570 touring and the Widetrak utility models. We even see the Shift converging to the Pro-Ride chassis, and also the 4-stroke engine. We don’t necessarily see the Pro-Ride rear suspension under these sleds, except a touring with the 136, but we do see the Turbo in the Pro-Ride chassis. That would be cool! 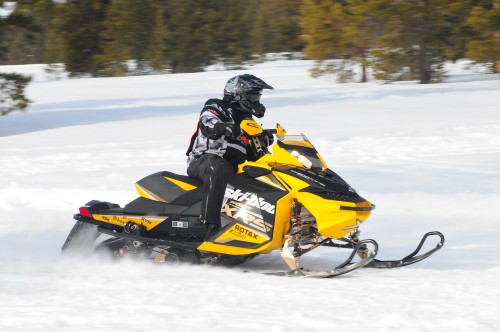 Ski-Doo has such a complete and wide model assortment that this is the hardest one for us to predict, except for one thing. They will extend their rMotion rear suspension to a 136, that part is easy. Ski-Doo has done well to fill in all the voids and cracks with just about every conceivable model for almost every niche market they can get. The only place Ski-Doo doesn’t dominate is where Arctic Cat does, and that’s in the high-horsepower cruiser class. What are you waiting for Ski-Doo? Put that turbo charger on the 1200 4-stroke and call it a Mach-Z.

With Ski-Doo’s two-stroke engine technology they are pretty well set. Their 4-strokes are pretty well set as well, except there is room for 100HP 4-stroke by adding turbo to their 600 ACE. That motor is so cool it would be my motor of choice if it was turbo’d just right. 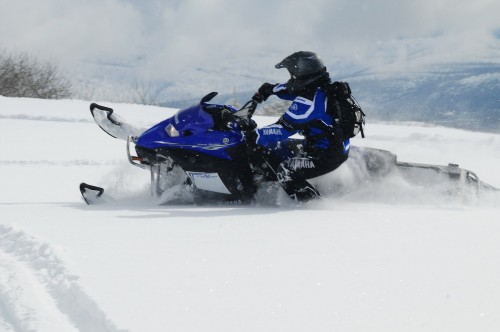 Yamaha is due. They started this whole 4-stroke thing and put most of their efforts into creating the best 4-stroke engines on the snowmobile market. Their top 3 engines run buttery smooth; have instant throttle response, and tireless torque. Power steering is trouble-free and fit-and-finish is second to none. Where Yamaha fell behind from the other three is in their ergonomics and chassis development.

Yamaha’s current chassis’ work well, except (in our opinion) the Nytro which is great for racing or mountain, but not as great for trails. The Phazer chassis is their best ergo chassis, but needs some tweaks. The Apex/Vector chassis works well, but needs better ergos to match what the other three are offering (more ATV style rider position and lighter weight). So Yamaha is due for a new chassis. The problem is we don’t know if 2013 is the year to bring it out or not. Yamaha won’t bring out a new chassis before its ready. On the other hand, will they lose market share with Arctic Cat and Polaris coming on strong with their chassis’?

We predict Yamaha to come out with one model in a new chassis to replace the Nytro. This chassis will be the base in which future models (Apex/Vector) might be replaced, narrowing their chassis offerings with different power/suspension packages. We’ll see!

With a dismal snow year in most of the United States and parts of Canada, predicting what the manufacturers come out with is tough. Should they hold off another year to keep the market clean? Should they introduce new engines and chassis to spark sales? We feel it’s the later. Snow will return. It has in the past and it will again. We were all spoiled last year with snow, and we will once again be spoiled with snow. What are your predictions? Comment below.