There is little doubt that when Polaris introduced the Pro RMK in 2011, that they hit the proverbial ball out of the park.  After a full season with the 800 Pro RMK, there is little doubt that the sled is a terrific mountain sled.  It doesn’t have the most horse power in its class and other sleds have some better features, but overall there wasn’t a better mountain sled for 2011 in my opinion. 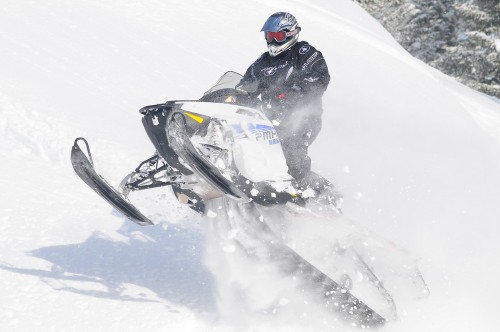 So 2012 rolls around and I found myself wondering what the team from Roseau would be giving us.  In the 800 segment, no huge changes… guess we’ll call it ‘improved and refined’.  Not a bad deal, the 2012 800 Pro RMK continues on with what was started in 2011.  The Pro RMK gets some minor refinements like different running board gripper edges, new injectors and an update to the motor mounts for durability.  But in general, the 800 Pro RMK returns in 2012 much like the 2011. 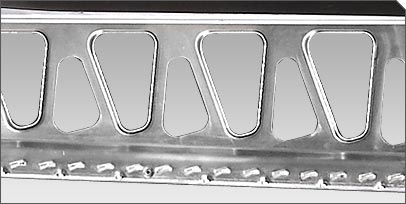 But the big news for 2012 is that the Pro RMK lineup is expanded to include the 600 class.  We knew it would happen, the 600 motor from Polaris is a terrific power plant which is butter smooth and remains the strongest 600 class motor we’ve ever seen.  Putting it in the Pro RMK chassis was only natural.

But don’t make the mistake of assuming this is just the 2011 600 motor stuffed in the new chassis.  Polaris took the opportunity to make some refinements to the 600.  For 2012 the 600 power plant gets a completely new engine management system including ECU, plug caps, stator and associated electronics.  It al

so gets a new fuel rail mated to the 2-injector system with new injectors.  Porting has been changed and the oil pump and exhaust system are new with the muffler being similar to the 800’s light weight design. 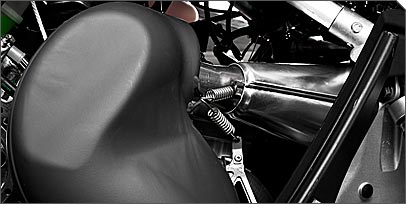 The 600 comes in 3 models, with the low end 600RMK being geared more towards rental fleets and entry level buyers.  But the 2 higher end models, the Pro RMK and RMK 155 get the Pro chassis with coil over rear suspension but the Pro gets upgraded shocks as well as different bars and controls.  Neither set of controls is industry leading with Cat and Doo both offering better layouts and buttons.  The Pro continues to have the thumb and bar warmer linked, which is annoying.  The RMK 155 has the same control block that has been used on Polaris snowmobiles since the mid 90s.  Functional, yes, but do for a redesign. 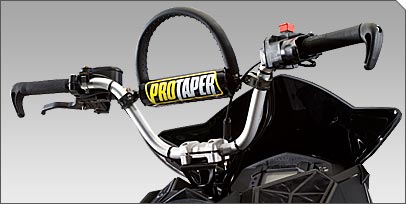 Minor points really.  With the addition of the 600 in to the Pro RMK lineup Polaris now offers 2 terrific options for the mountain riders.  Don’t fall in to the trap of thinking the 600 is not a capable mountain sled.  It gives up a little performance to the 800, but being in the new chassis it is nearly 50lbs lighter than last year’s 600 and that weight savings is more than noticeable.  You will have a big smile on your face when you ride the 600… it’s hard to say why other than its just plain fun to ride.  The 800 has more legs on a big hill and pulls a little harder out of the hole, but be careful if you are on your 800 and run up against someone that is 50lbs lighter than you riding a 600, she might just embarrass you in a high marking competition. 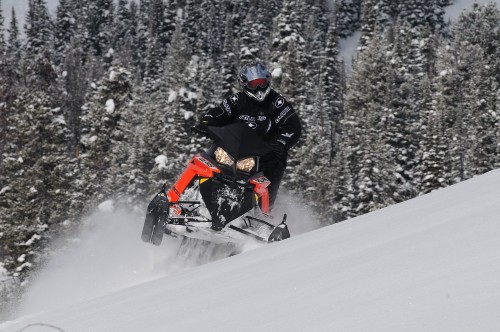 Last year Polaris reclaimed the #1 ranking in mountain sled sales and with the addition of the 600 to the Pro RMK lineup we would not be surprised if that continues this year.  With the lightest and most nimble chassis available, the Pro RMKs are fixed on the peak in the mountain segment. 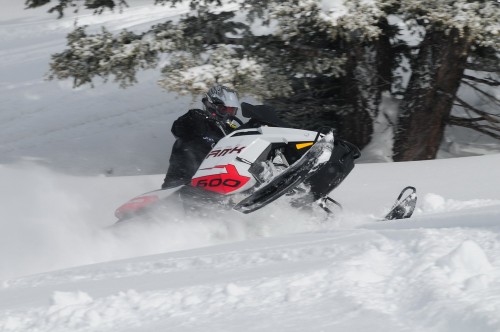 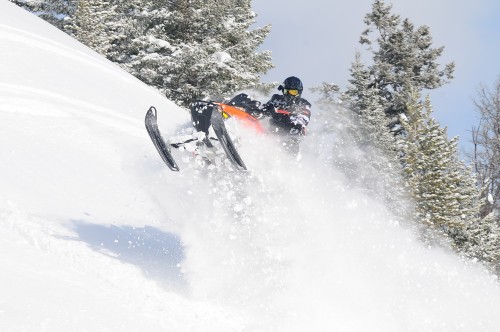 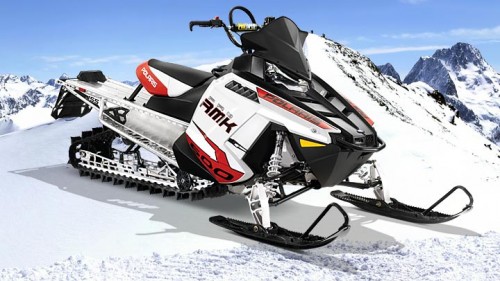