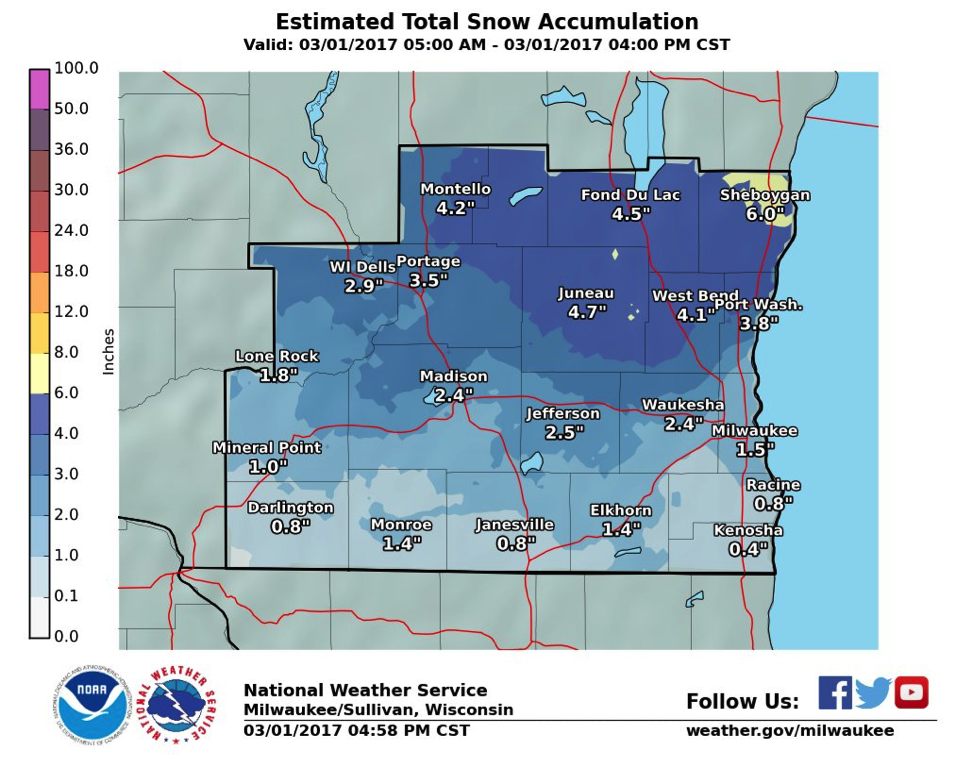 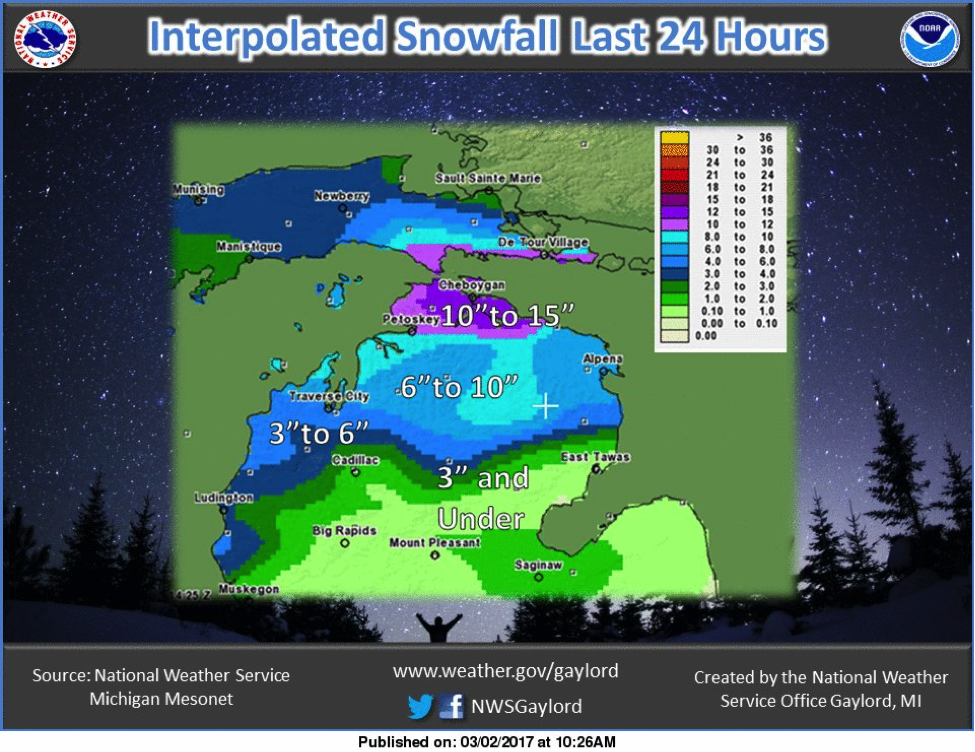 Here are some of the snow totals from last week’s winter weather event. More snow than expected fell across far northern Michigan, where a heavy and persistent snow band set up and produced over a foot of snow in some locations. Amounts in eastern Wisconsin were in the 3-5 inch range, with some isolated 6 inch amounts along the Lake Michigan shoreline. 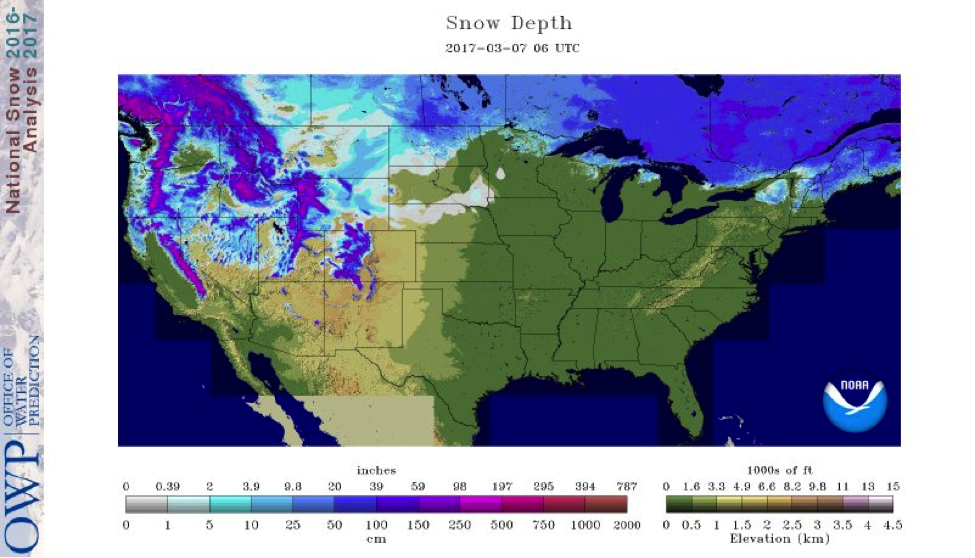 Here is the updated modeled snow depth for today from the NOHRSC. Well above average temperatures across the Northern Plains for much of last week into Monday almost entirely melted all of the snow that had accumulated over the last 14 days in Nebraska, Minnesota, Wisconsin, and Michigan. The active and windy weather for the past few days across the Northern Plains stemmed from an extremely strong low pressure system that tracked from South Dakota to western Ontario. This system produced moderate snow amounts and blizzard conditions across far north-central North Dakota and southern Manitoba.

It’s unfortunately no secret, but there are fewer and fewer areas to ride as we head into the middle of March. Most of the Midwest has little or no snow depth except for parts of the UP of Michigan and north-central North Dakota. Already, announcements are going out that trails are being closed for the season. Colder air will settle in across much of the northern third of the U.S. as that area of low pressure sitting over western Ontario exits to the northeast. However, there looks to be a significant warm-up towards the middle of next week across much of the country, with no significant snow storms in sight between now and then.

Luckily for our friends in the Pacific Northwest, the Pacific still remains very active and continues to produce significant snow in the higher elevations of that region. A low pressure system off the west coast will fuel active winter weather for the next few days in Washington, Idaho, Montana, and Wyoming. 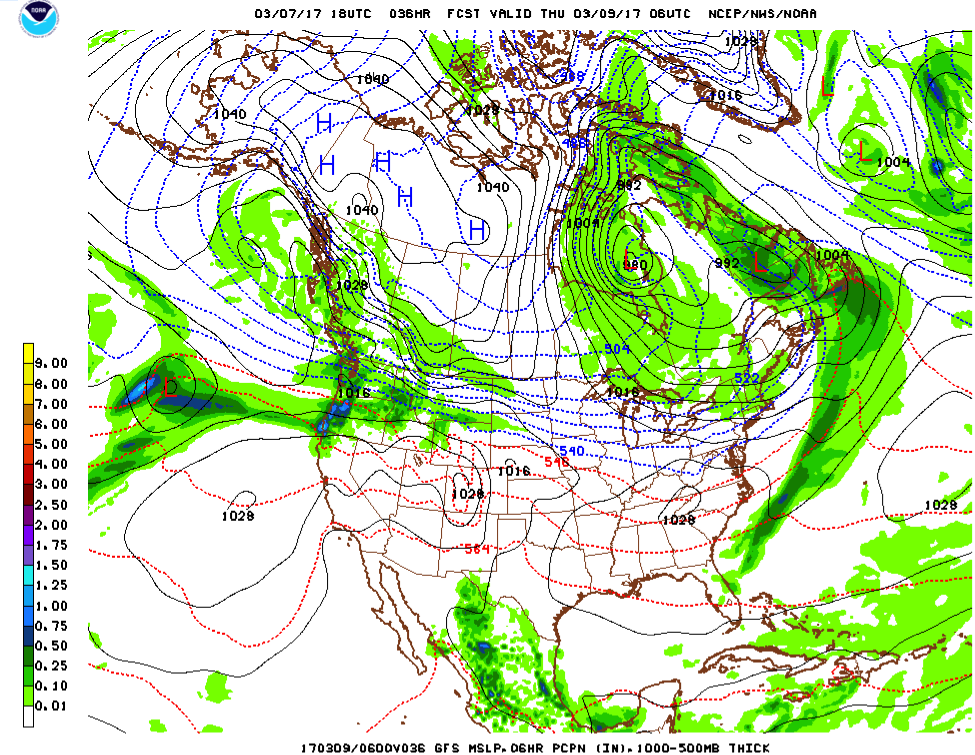 The low pressure system providing the energy is still far off the west coast 12AM Wednesday morning. This system will be providing multiple rounds of snow that will intensify as it propagates closer to shore across the northwestern U.S. Look for the heaviest snow in these locations to occur Thursday evening. 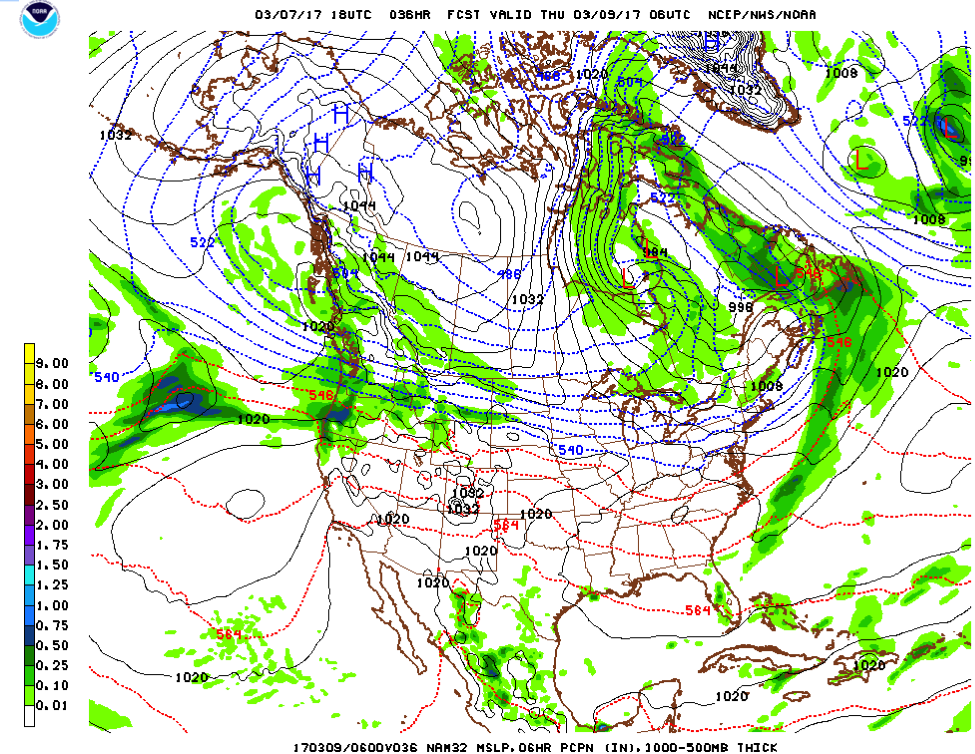 Thankfully, the models are in very good agreement with this storm. The location and timing look to be extremely similar for the next few days as this system comes ashore. It will be a very active few days for this region.

The low pressure system located over Hudson Bay are the remnants of the storm from Monday and Tuesday that affected much of the Midwest with snow, severe thunderstorms, and wind. 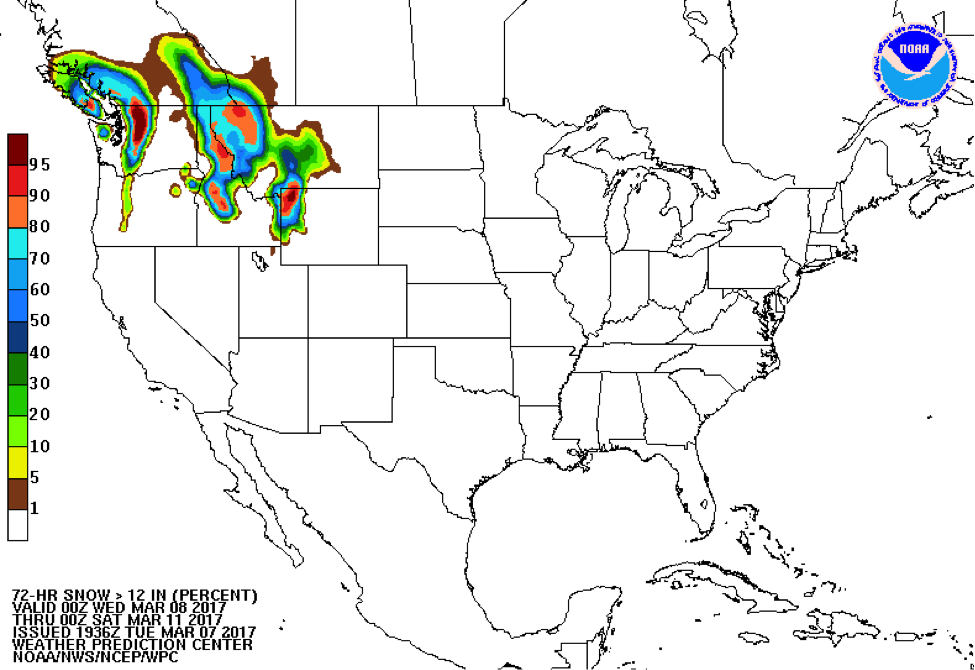 Here is the three-day probability of at least 12 inches of snow accumulating ending Friday night. Notice that the higher elevations have the best chance of exceeding this much snow. This part of the country has had a fantastic winter for snow lovers, and it only looks to continue with this next system moving through.

Be sure to check conditions before riding in the mountains, especially with the large amounts of snow they’ve had this winter. There will be some dangerous areas out there.

Temperatures will be below normal for the next couple of days across much of the northern U.S, but there won’t be significant accumulating snow with it. Sadly, I still don’t see anything of major interest in the future in terms of a significant winter weather event. Our luck may be wearing pretty thin — except for our friends out west.