Our neighbors to the North are arguably sitting in the driver’s seat in the marketplace and they don’t seem to be giving much leeway to the others. In a tight economy with near excellent snow conditions, Ski-Doo continues to step up the game for 2011. 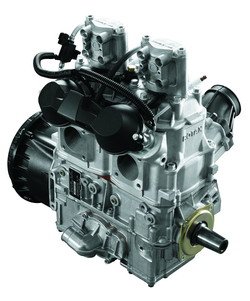 First it was the 600 SDI, and then it was the 600 E-TEC, now it’s the E-TEC 800R. We released information about this engine here and it has gotten good reviews throughout the snowmobile media. It gets great power (it’s said to have more than the 800 PowerT.E.K.), great fuel economy and has less throttle fatigue. It’s now found in a majority of the sled offerings for 2011, but some models have to be spring ordered to get it. 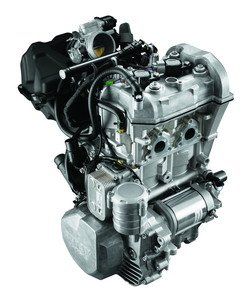 Ski-Doo is also debuting a second 4-stroke engine dubbed the ACE 600. It’s a parallel twin cylinder 600cc 60 HP engine that we are told is to provide up to 29 mpg fuel economy and is lightweight weighing in at roughly 5 lbs. heavier than the 550 fan with the fan shroud and everything else that goes along with the fan motor. This engine has the potential to replace the 550 Fan with virtually the same weight and power, yet offer the advantages of fuel economy and turn-key fun that a 4-stroke offers.

A new S-36 handling package for the Summits gives them a narrower ski stance with minor improvements to the front and rear suspension to allow the rider to more easily lean the Summit when sidehilling or boonedocking. These changes also make the Summit feel lighter and more nimble.

There is also a Summit Freeride package for backcountry riders that combine the MX Zx race sled with the Summit X for some cool features. These include KYB Pro 40 shocks, SC-5MR rear suspension, racing brake system, wide running boards, tapered handlebars and bodywork that is ready to customize and make your very own.

The Skandic WT model gets updated to the REV-XU platform. This brings the Skandic up to modern times and offers a lighter, more nimble chassis with modern looks. The Expedition lineup has been expanded offering SE, LE and Sport packages. Even the Tundra gets a new Xtreme package for recreational riders who like to play off trail in deeper snow, but don’t necessarily climb the big hills. It combines the deep snow floatation the Tundra is known for with the 600 E-TEC engine and wraps it up in a very cool all black color scheme.

In the MX Z models, the Adrenaline package has been merged with the TNT package for 2011, making the TNT and Sport packages the two in-season packages you can get from your dealer in the fall if you didn’t order the X. Here is what the 2011 Ski-Doo lineup looks like.

The engine grid looks like this with two new engines added to the mix. These numbers include the Spring-Only available models. The number in parentheses is the number of models the engine was available in 2010. The 600 H.O. SDI has been dropped.

If you add up all the engine options on all the models available, you have 57 different variations for 2011 compared to only 44 for 2010. We suspect that 2011 is a transition year with a couple of the engines disappearing in 2012. 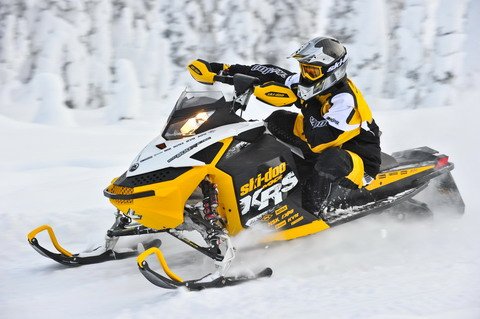 This is Ski-Doo’s mainstay when it comes to flatland snowmobiles. The MX Z has the 15×120 track and depending upon package, you can get it with one of seven different engines. The MX Z grid looks like this. 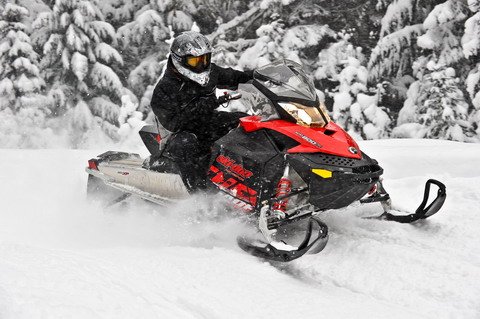 This is basically a long-track (137-inch) version of the MX Z. You get pretty close to the same handling, but with a little longer track to bridge the bumps better and for better traction and floatation in soft snow. The X package gets a newly styled and more effective low wide windshield. The Renegade grid looks like this. 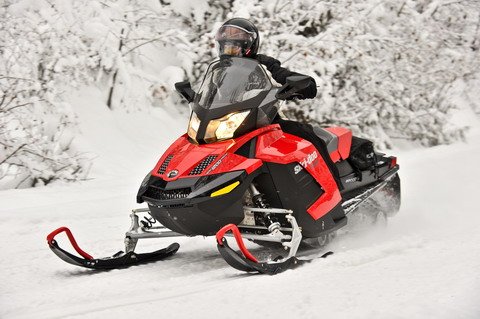 The GSX is for the groomed trail rider who likes the luxury things in life, yet doesn’t need a 2-up touring model. 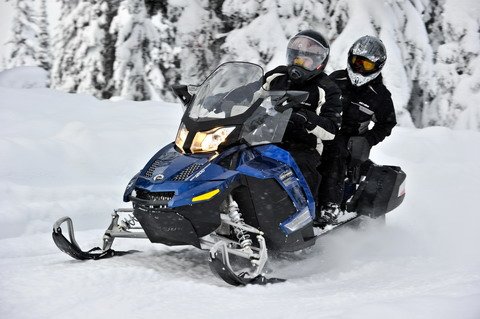 The Grand Touring is similar to the GSX, but for 2-up touring. The SE and LE has a new underhood radiator with electric fan to help cool the engine in low-snow conditions and comes in a very rich looking Labrador Blue color. 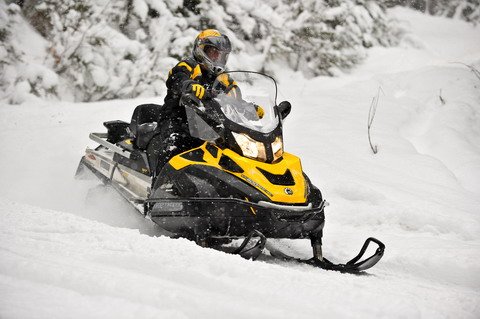 The Skandic Wide Track has been completely updated for 2011. It is now in the REV-XU chassis with its own unique look. The Tundra also gets an Xtreme make-over with j-hook handlebars, a 32-inch ski stance and the SC-5U rear suspension. It’s Xtreme for the lower elevation backcountry riders who need to get places most other snowmobiles can’t get to. 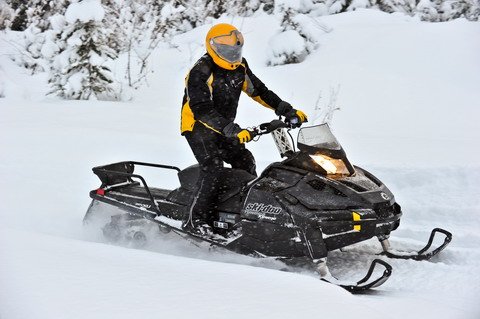 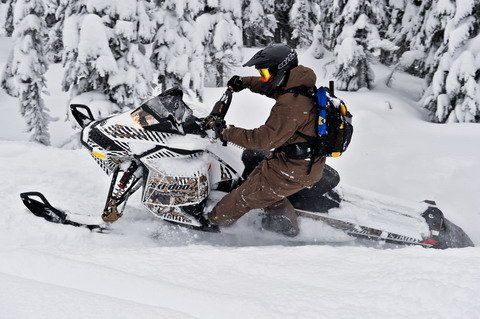 New for 2011 is the Summit Freeride package that offers a special race-style handlebar and controls, a new SC-5MR rear suspension with different geometry and shock calibration and your choice of special graphic wraps you can choose when you order yours in the Spring. The Summit gets an all-new Pilot DS (Deep Snow) ski that eliminates the outer keel that is on the Pilot 6.9 skis. This helps in sidehilling and carving through the snow. The PowerMax track is also non-ported this year for better floatation and the Everest package is equipped with the S-36 handling package that allows you to control the machine better. 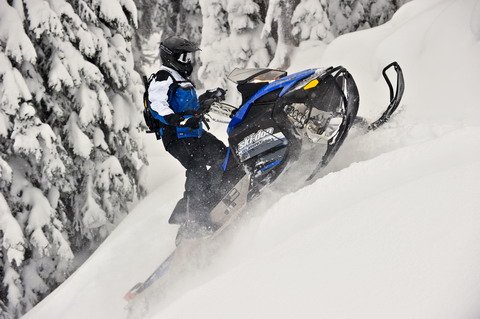 There are 28 different models with 7 different engines available from Ski-Doo in 2011. That’s a lot of choices. A couple models were eliminated and a couple more introduced with some radical new color schemes and updates. Overall there is a model for everyone and almost too many to choose from. Ski-Doo continues to offer the most with the most variations. 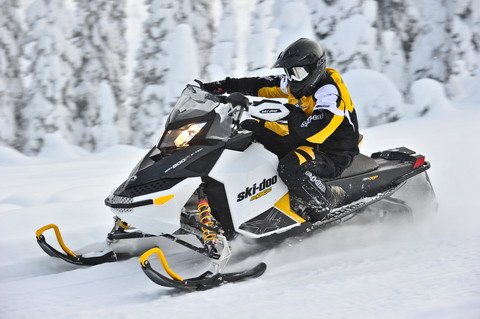