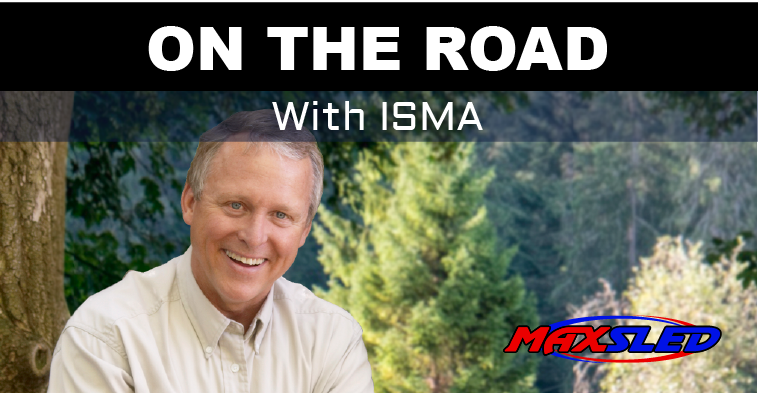 It has continued to be busy at the ISMA Office. My update is as follows:

The International Snowmobile Manufacturers members conducted the annual Snow Shoot in and around Yellowstone, MT. Snowmobile Editors from around the globe attended the event to test ride and enjoy the new snowmobiles being built for Model Year 2019. ISMA was busy updating their snow shoot photos, which are available free of charge to be used by enthusiasts and friends of snowmobiling throughout the world. The photos are high quality and family friendly and are designed to be used on websites, Facebook pages, brochures/pamphlets, and any printed or digital pieces that promote safe, responsible snowmobiling.

The shiny, new snowmobiles are depicted in the best possible way and this year’s photos are great! They are available on our Facebook page or from our Dropbox. The Dropbox link can be shared so people can choose photos for their local trail maps and Chamber of Commerce publications.

In addition to taking the Snow Shoot photos, the ISMA members were busy doing videography of snowmobiling. The new video footage will be used to update the brand new Safe Riders! video. The Safe Riders! video is being redesigned and segmented into many different segments. The first 10 segments of the product will be available starting in September 2018 and will be available online through the ISMA Websites: www.snowmobile.org and www.gosnowmobiling.org . They will be available on YouTube and we encourage snowmobilers and safety trainers to use the new video pieces in any safety program. There will be a special announcement of this program at the upcoming International Snowmobile Congress (ISC) in Halifax, NS in June and at Hay Days in Minnesota in September.

The ISMA Office is busy putting together their part of the 50th International Snowmobile Congress program which will be held June 13-16, 2018 in beautiful Halifax, Nova Scotia. Representatives from snowmobile clubs and associations from around the world will participate in the event.

The ISMA Director has been very active in the Outdoor Recreation Roundtable work in Washington DC. It has been reported that outdoor recreation contributes over $670 billion worth of economic activity in the United States and has surpassed Agriculture as far as it’s economic impact in the United States. The research work was done by the Bureau of Economic Analysis, which is part of the U.S. Department of Commerce. The report also shows that outdoor recreation accounts for 2% of the U.S. Gross Domestic Product! Outdoor recreation exceeds the impact of other major industries like Agriculture, Petroleum and Coal, computer and electronic products. The ORR members contribute billions of dollars in federal excise taxes, sales taxes, duty taxes, and state taxes across the United States. Additional work will be forthcoming from the Outdoor Recreation Roundtable in the near future. ISMA is one of the founding organizations of ORR.