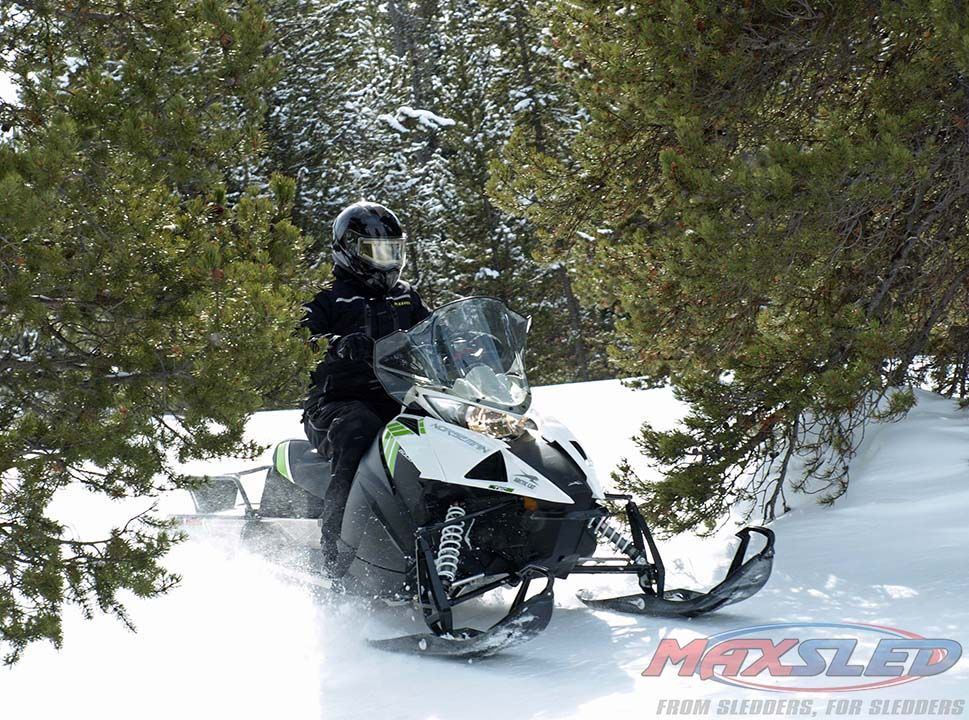 Cat’s new Norseman borrows pieces from all of the manufacturer’s parts bins to arrive at this sporty yet fully versatile utility sled that will get you to your ice house and beyond.

Cat’s sporty new utility sled for those who ride to their fish house — and beyond!

With 600cc of displacement spinning a tall lugged 154-inch Cobra track, Arctic Cat’s all-new Norseman 6000 fills the bill for serious outdoorsmen across the snowbelt. The  Norseman is as though a group of Cat engineers, many of whom ride out to their own favorite ice fishing getaways, designed a utility sled for themselves. 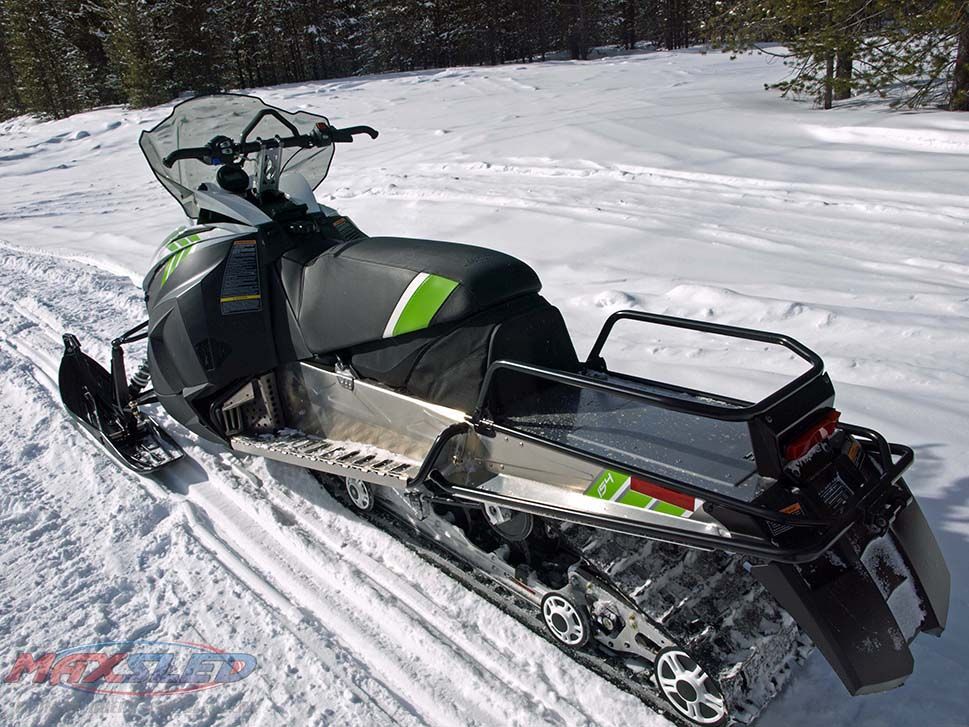 From the roomy rear deck with rack sides, to the mountain-style seat and grab strap-equipped handlebars, the Norseman has C-TEC2 power and a long 154-inch Cobra go-anywhere track.

Obviously the  Norseman had to offer utility with features like a long back porch on which to add a rack to secure ice fishing gear. It needed to be sporty with a proven Arctic Race Suspension up front with an ample 9.5-inches of travel and Cat’s own internal floating piston gas shocks and sway bar for side-to-side control when traversing undulating ice-heaves. And that long footprint needed just the right amount of support from Cat’s Xtra-Action rear suspension with more than a foot of travel. Of course, being Cat engineers they weren’t going to cut corners, so they added adjustable action torsion springs, torque-sensing rear linkage and the capability to lock and unlock the rail so it could glide along smooth trails or kick up for backing out of deep snow pockets. 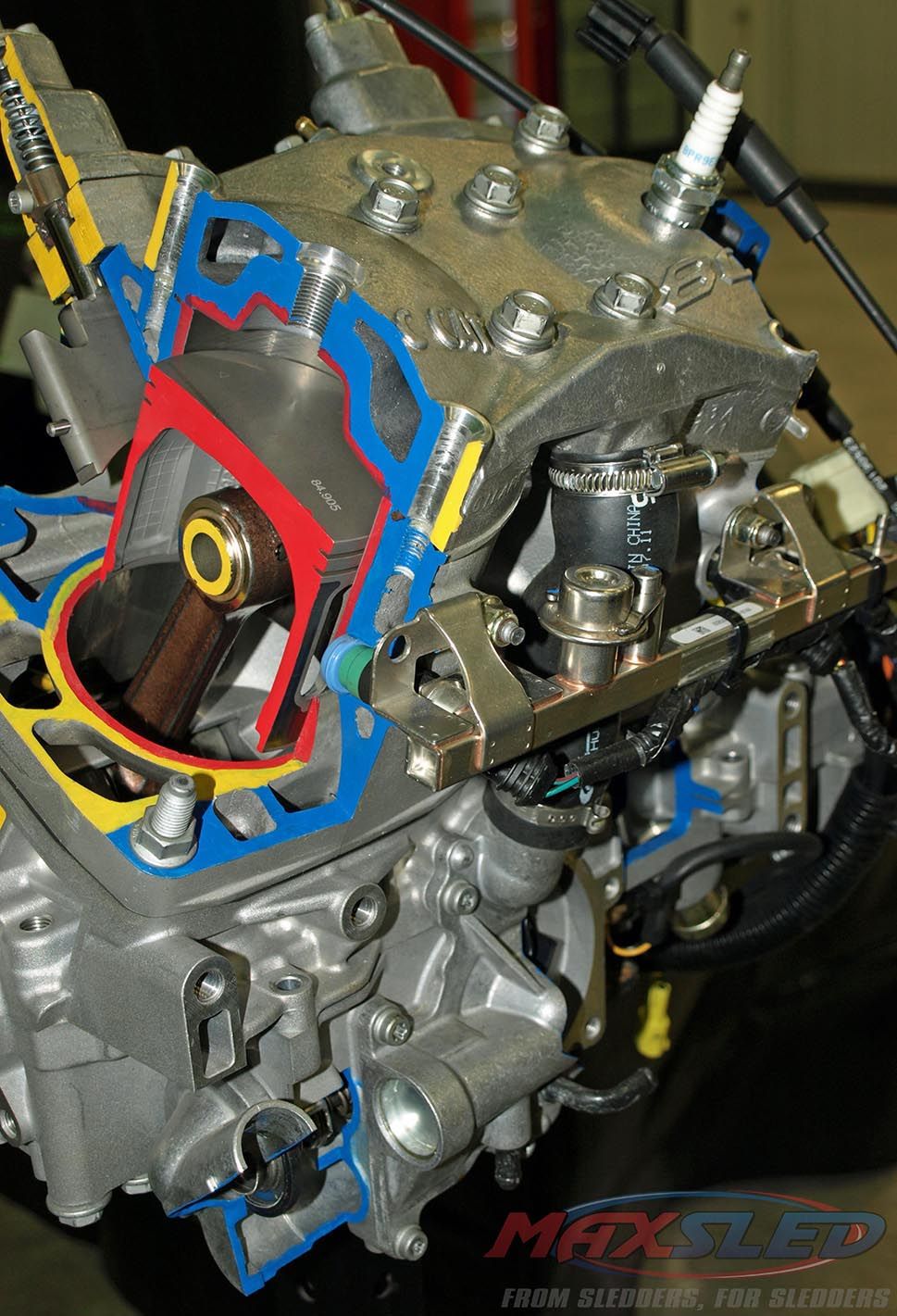 The 599cc C-TEC2 that powers the Norseman was Cat’s first made in America two-stroke engine, now followed by this season’s 800cc C-TEC2.

Immediately you don’t think sporty when we tell you this sled’s built around a modified Bearcat-type Pro-Ute platform with strong hints of XF crossover. Instead of packing width for a 20-inch wide track and three-cylinder Yamaha four-stroke, the Norseman tunnel accommodates a narrower 15-inch wide Cobra track with 1.6-inch lug profile. The engine deck sits Arctic Cat’s own C-TEC2 dual stage injection 599cc two-stroke twin. While the most utility oriented Bearcats feature a unique 3-speed gearbox, the Norseman relies on a straight-forward Cat/Team drive and driven clutch system. The 19/50 gearing is enough to give the sled its out and about utility.

When we rode the Norseman earlier this year, it surprised us as being more sport sled and less utilitarian. Let’s not pretend that this sled with its nearly 13-feet of track will rush away, corner or blast turns like an El Tigre 6000. Won’t happen, but there is a bit of El Tigre playfulness inherent in the Norseman. That comes from the narrowed-up body work, a result of the Next Gen side panels, which let you roll this sporty utility more easily into fresh powder. 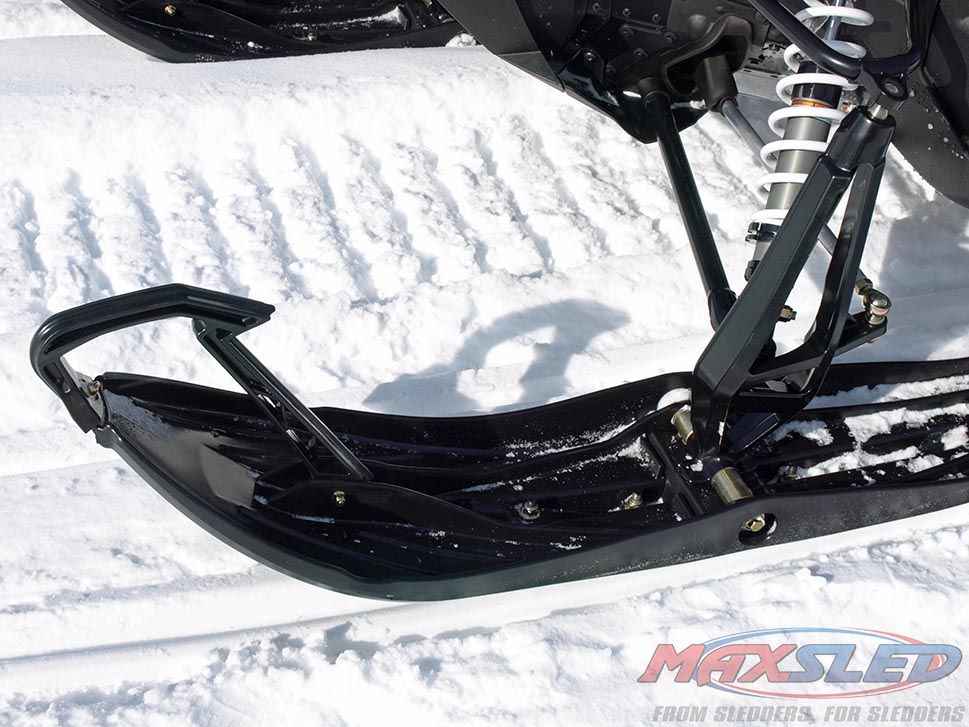 There are also hints of Crosstrek and M-series onboard as the Norseman saddle is borrowed from the M-line, the adjustable handlebar features both a grab strap and 6.5-inch riser. But there are the “utility” must haves, too. The windscreen is wide and tall. The skis come from the Pro-Ute selection and allow you to adjust ski stance from a narrow 35.5 to a widened 41.4 inches.

Given free rein, the Cat engineering team seems to have raided the parts bins of all their models from trail sport to crossover to mountain and, of course, base utility. The end result is a very rider and user-friendly snowmobile that will get you to your ice house and beyond. It can tow a portable ice house or gear sled thanks to the standard pivot rear-mounted hitch. It can handle deep ungroomed backcountry snow thanks to the 15×154 inch track. Plus, the Norseman comes with nice-to-have additional features like a push-button electronic  reverse as well as standard electric start.

At 132-inches in overall length, the Norseman stretches out only three more inches than Cat’s XF 6000 CrossTour ES, a dedicated all-day off-trail adventure cruiser with a shorter 146-inch long track and higher (by $1000) price tag. We’re just saying that when Cat engineering conjured up the new Norseman, they got it right enough for them to want to own one. Check it out.