Our first experience with Cardo Systems Scala Rider in 2010 brought a whole new perspective to snowmobiling. While we’ve tried communicators in the past with spotty success, Cardo Systems developed a mobile communications system unlike any other we’ve tried. The Scala Rider MultiSet Q2 Headset System worked pretty well, but we would have liked to see a couple of upgraded features; namely a longer range, group conferencing, and streaming MP3 via Bluetooth. Cardo Systems has added that and more with the new G4 PowerSet. 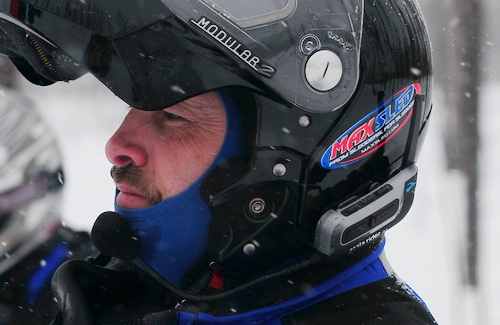 The most welcome change to the Scala Rider G4 is the extended range. On the Q2, the range was limited to about ¼-mile line-of-site. That may be adequate for a small group of motorcycle riders on a highway, but riding through the woods on snowmobile trails where sharp corners, hills, and trees can block the signal, ¼-mile isn’t ideal. The G4 now brings up to a mile range, and unless you’re in a very large group, this seems to work pretty well. You still have to be aware of the trees and hills, but the extended range helps quite a bit.

Adding the ability to conference allows you to stay in touch with several riders at once. You can have a 4-way (2 drivers, 2 passengers), 3-way (3 separate riders), 2-way (rider to rider or rider to passenger), and Mobile Phone Conference (rider to rider with outside caller). This opens up more possibilities. The only one that seems to be missing is 4-way with 4 separate riders. 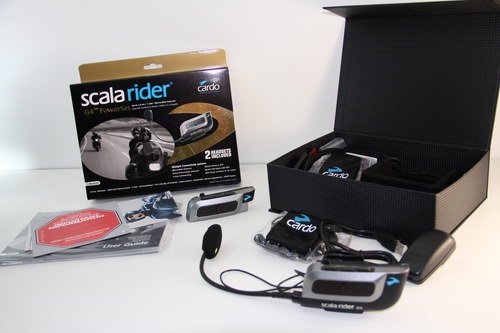 While the FM reception works well, you aren’t able to control the FM signal loss through the woods. It’s a great concept but with the improved Bluetooth streaming from your smartphone you have unlimited possibilities. The iPhone and new Androids can hold a lot of MP3s and even stream through Slacker or Pandora for unlimited music possibilities. You can even stream podcasts and internet radio. Snowmobilers are in love with weather forecasts, so replacing the FM with a NOAA weather radio would be welcome to sledders. The G4 communicators are able to be connected to a GPS, and while we did purchase a Bluetooth enabled GPS (Garmin Nuvi 1490), we couldn’t get it to connect. It wasn’t compatible. 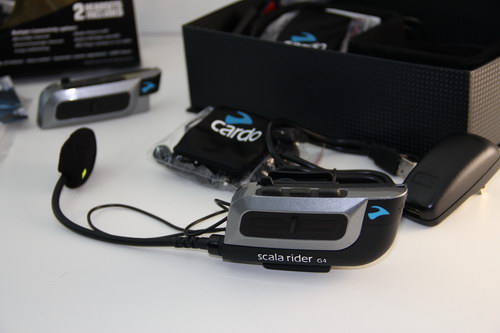 Battery life on the snowmobile version is slightly less (10 hours compared to 13 hours) than the motorcycle version, but that may be due to the colder environment the communicators are in. It is still more than the 8 hours that the Q2s are rated for, and we got a full day of riding on those. Charging time takes about 3 hours and standby it still a week. 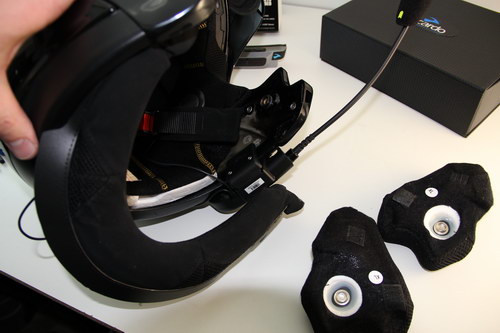 Mounting to the helmet is a little easier than the Q2, but straight forward. We found the clamp method to be more durable as the cold weather tends to allow the glue on the tape to release.

The G4 is also able to be firmware updated through its micro-USB cable. The USB cable also serves as the battery charger, similar to most of the current electronic devices.

We found the G4 communicator to work very well, better than the Q2s, and we liked the Q2s. We installed a new set of the motorcycle G4s on two helmets and the Q2s on two other helmets last season, and the G4s outperformed the Q2s. The G4 can also connect with the Q2s, but it took us a while to get them connected. Once connected, the short range of the Q2 was evident as we lost communication as we travelled past the ¼-mile mark. Later on we received a set of the snowmobile G4s to replace the Q2s and we were in communicator heaven. Four of us could talk back and forth, albeit a little cumbersome as only three of us could be in conference with the fourth rider as a link to one of the other G4s. 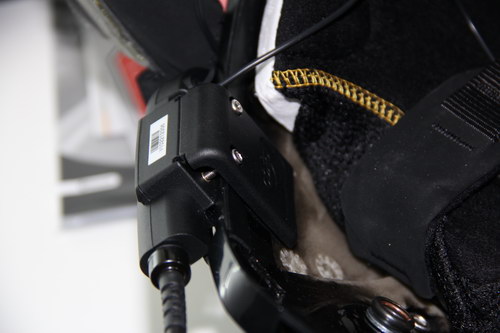 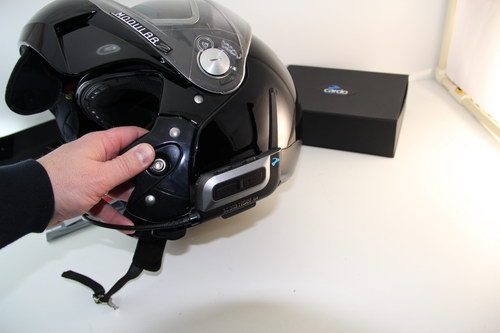 We would like to see the conference feature updated to allow 4 separate riders talk together, but other than that the G4s work extremely well.

If you already own Q2s and the shorter range works for you (or connecting and communicating through a mobile phone), the upgrade to the G4s might not make sense. If you are looking to buy a new communicator, want better range, more conference options, longer battery life, improved Bluetooth connectivity, and firmware upgradability, then the Scala Rider G4 PowerSet (motorcycle or snowmobile version) is definitely a must-have gadget for snowmobiling. 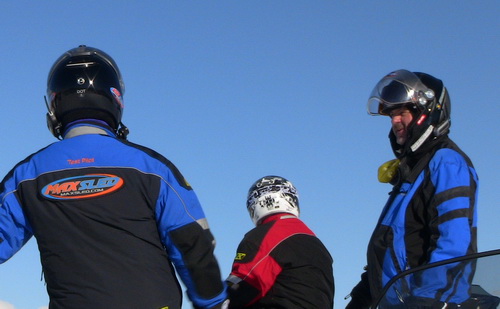