Minneapolis, Minn. (March 25, 2011) – Another season has come and gone. The AMSOIL Championship Snocross Series is putting the flags and banners away for a few months. 2010/2011 was a season with many opportunities for change and growth. Not to mention some of the most exciting racing ever. 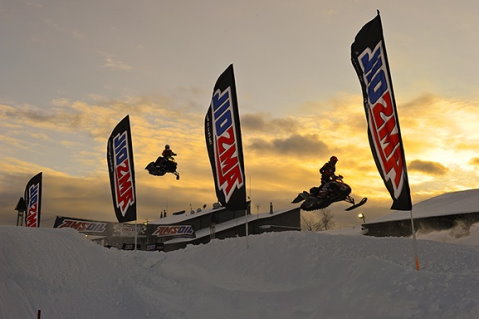 ACSS began the season with the traditional stop at the AMSOIL Duluth National in Duluth, Minn. Gorgeous weather and a backwards track set the stage for what would prove to be one of the best seasons yet.

Next stop was the Dakota Magic Casino Fargo National presented by Finley Motorsports. The frigid weather at Newman Outdoor Field in Fargo, N.D. did not keep snocross fans away. Subzero temperatures and a short tight track made for adventurous racing.

Traveling cross-country from west to east, the Vision KIA Eastern Nationals at Finger Lakes Casino and Racetrack in Farmington, N.Y. brought huge crowds for the two-day event. A little bit of wet snow during the finals did not stop the top pros from giving fans one of the best shows on the tour.

Bringing snocross indoors the ACSS the stopped at the historic Silverdome in Pontiac, Mich. for the TRAXXAS Michigan National. A record crowd of nearly 20,000 screaming fans helped cheer on their favorite racers in what proved to be a highly significant race event. 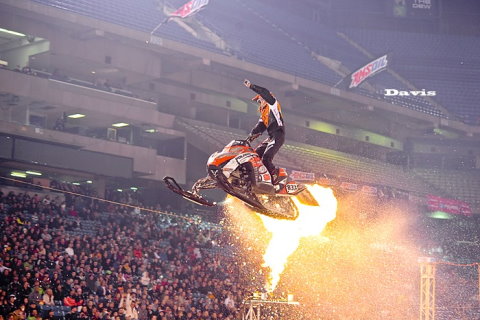 Ross Martin at the Silverdome

Back to the Midwest, the Hayward/Powersports Polaris National at LCO Casino in Hayward, Wisc. is one of the fan favorite stops on the tour. Gorgeous weather and some of the best snocross fans in the world helped to make Hayward the official Event of the Year.

The next stop was the Air Force National at a brand new venue for ACSS, Elko Speedway in Elko, Minn. Colder than expected temperatures brought many fans indoors for day one of the 2-day event. But most fans did not complain. The races were broadcast on TV’s throughout the event center. Sunday brought warmer weather and sent the fans outdoors to the stands where racers went all out busting jumps and proving their will to win.

The Nielsen Enterprises Grand Finale at Lake Geneva Resort and Spa in Lake Geneva, Wisc. brought the season to a close with a mixed bag of weather and yet another record-breaking crowd and some of the most amazing racing of the season.

Every racer, crew, family member, fan, sponsor, venue, vendor and staff member is important to ACSS. At the season ending banquet many champions were recognized for outstanding performances throughout the season. Each racing class is understandably the most important class to those involved within. Each and every one of them from the 120 Champs to the top pros gave the best performances this season. We congratulate each of you, your teams and families for your support.

It is the dream of many of the younger racers to one day stand in the middle position on the podium of a national event as a Pro. It is a lofty goal and one that few have achieved. To be standing on the podium at the national pro level truly represents years of dedication to the sport and one of the reasons the pros are known as the best of the best.

One racer stands out as the one many youngsters look up to. Tucker Hibbert has dedicated his life to racing and put everything he had into snocross for this season. His tenacity has rewarded him with the 2010/2011 Season Points Champion in the top two classes – both Pro Super Stock and Pro Open. 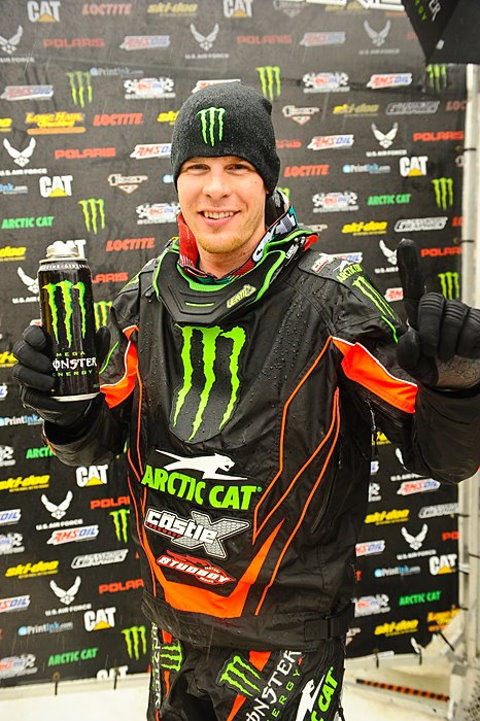 The season was not without challenges for Hibbert as he was pushed every step of the way by the best of the best in the pro classes. Rounding out the top points champs for both Pro Super Stock and Pro Open were Ross Martin in second and Tim Tremblay in third.

With so many classes and so many racers competing, please visit the points page at http://www.isocracing.com/NationalTour/Point-Standings to view all of the best of the best.

Special recognition needs to be made for several categories. Congratulations to all:

Congratulations to everyone who participated in helping to make the 2010/2011 ACSS season the best to date. We are already looking ahead and working on the 2011/2012 season. There is much in store for the future of snocross and it would not be possible without all of you. We thank each and every sponsor, racer, team, crew member, venue, friend, family and fan.  Thank you for an amazing season. 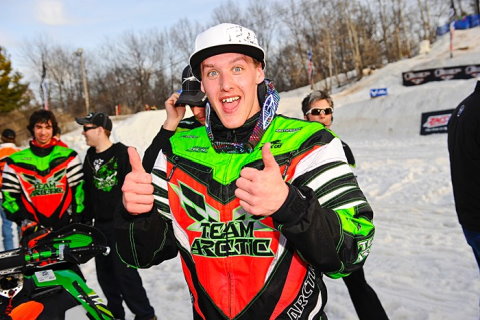 The International Series of Champions (ISOC) is the premier snowmobiling race sanctioning organization in North America and sanctions a national and regional circuit. Visit www.isocracing.com for more information, fan and racer memberships, schedules and more.