Ski-Doo continues their reign by offering a model for everyone in 2012. This means more E-TEC 800R’s, more Freerides, and more choices. Is this a good thing? Well, you can decide that. If you were to choose a model from Ski-Doo next season, which would it be? Here are your choices.
BRP’s expansion includes several improvements, and most notably the rMotion rear suspension introduced a few days ago. Here is a brief overview of the highlights from Ski-Doo for 2012:

With the advent of the E-TEC 800R engine last year, you can see the trend BRP is going. The 800R Power T.E.K. is still around, though in one model only, and that is for the serious mountian rider who likes to tinker with their sled and still wants the carbs to do so. From last year to this year all of the other engines either remained in the same number of models or increased. Here is a chart that shows which models get which engines, and another chart showing the trend.

The 2011 Summit Freeride hit the nail on the head for its target market and diversity. So for 2012, the Freeride will become a model line offering from Ski-Doo.  The Freeride will be offered in three packages, according to track length–a 137, 146 and 154-inch model will be available. Each Freeride model will feature the REV‐XP RS chassis, KYB Pro 40 shocks, minimalist handlebars, and REV-XP narrow seat with seat storage. The SC‐5M‐2 rear suspension has also improved with a more progressive motion ratio and trenches less. The Freeride is available Spring only. 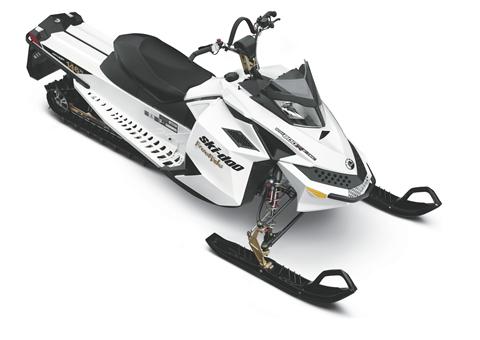 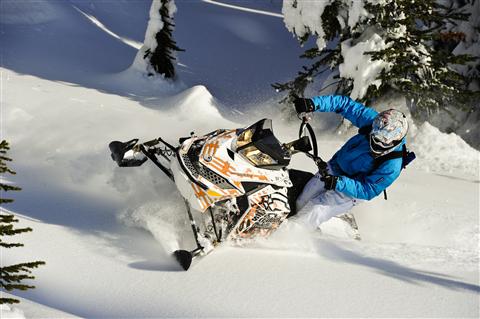 An MX Z for Everyone
With a limited build for 2011, BRP is expanding the availability of the E­-TEC 800R engine to several more sleds, including the MX Z. For 2012 the MX Z will offer any engine in the Rotax snowmobile lineup, satisfying the needs and budget for a wide variety of buyers. Top this off with the new rMotion rear suspension, braided stainless steel brake lines and seat storage. 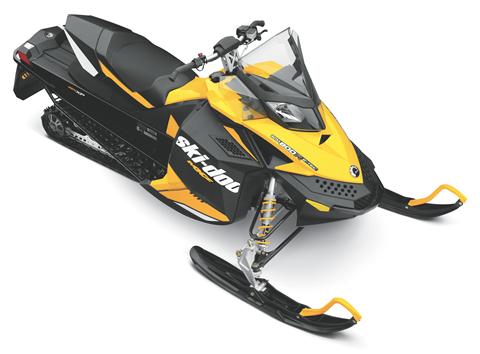 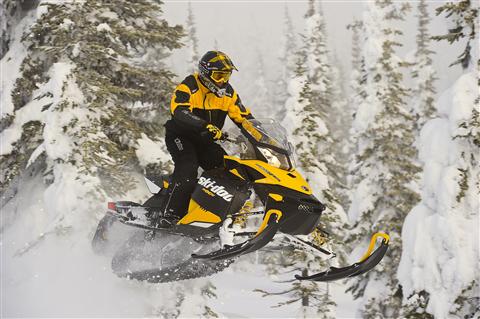 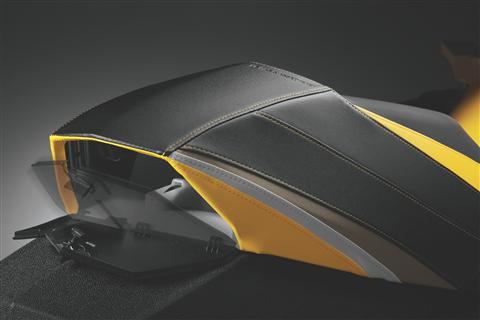 GSX SE in Two-Stroke
For a snowmobiler wanting a comfortable trail cruiser with plenty of power, the GSX SE model is hard to beat, however the 4-TEC 1200 was not for everyone. For 2012, BRP is adding two new engine choices to the SE: The lightweight E‐TEC 600 H.O. and the 163-horse E‐TEC 800R. The tunnel bags also have a new improved design for convenience and storage for the overnight trips. 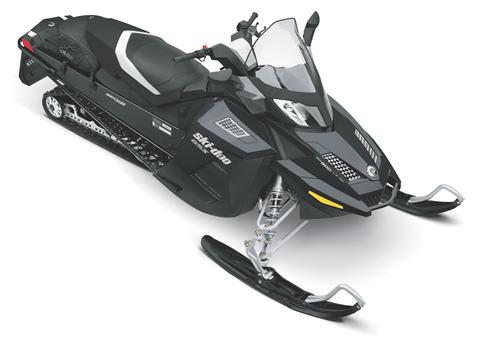 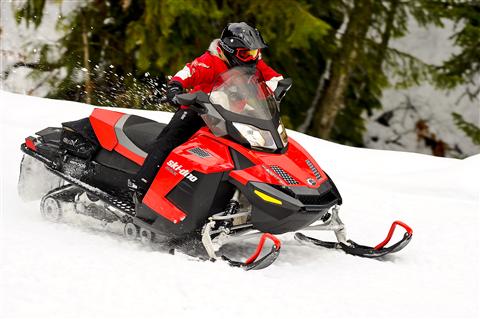 The Renegade has been an extremely popular model for trail riders and off-trail boondocking. At times when 120-inches seems too short and 154-inches is too long, the 2012 Renegade with it’s 137-inch track may be just what you were looking for. For 2012, it is available with the E-TEC 800R engine in the Adrenaline and Backcountry packages, REV-XP narrow seat with storage in the X package, Pilot DS skis in the Backcountry package and the stainless, braided brake lines in most configurations. 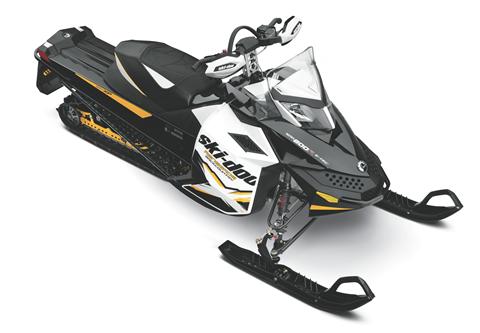 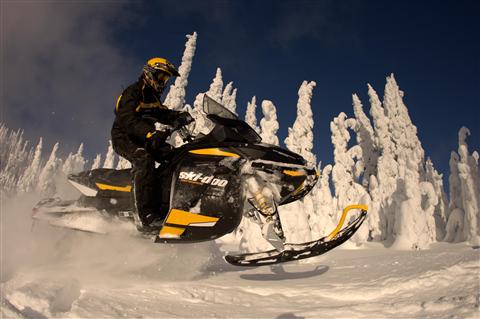 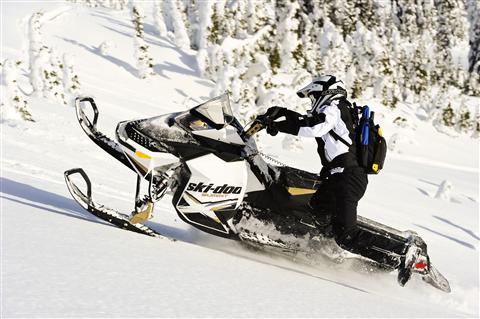 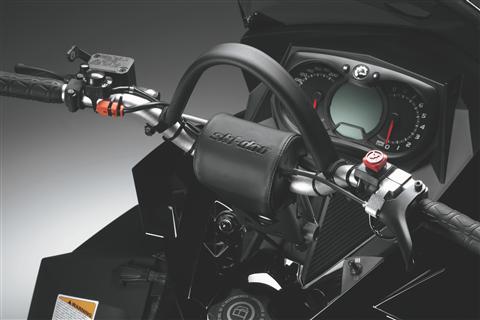 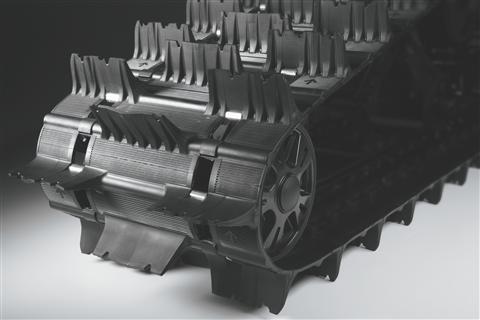 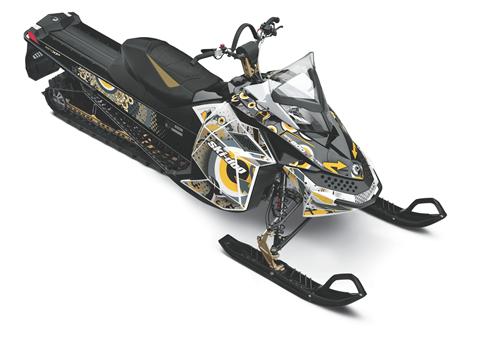 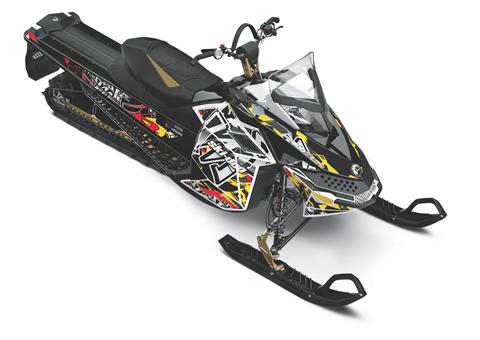 100% REV-X
The ultimate Ski-­‐Doo work sled moves to the REV­‐X platform and gets all its benefits, including a 52 pound (23.6 kg) weight reduction, more flexible riding position, advanced features and sophisticated styling. 100% of the 2012 Ski-­‐Doo line-­‐up is built on the REV­‐X platform. 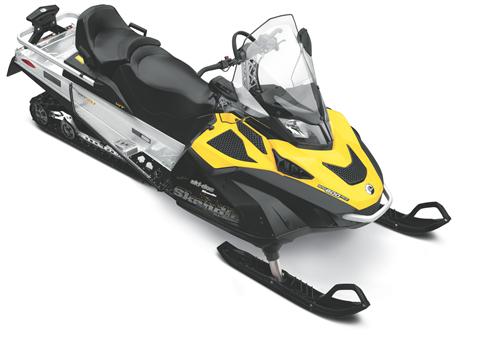 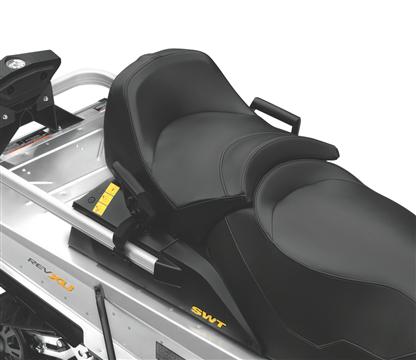 The 2012 Expedition is updated with an Air Control Suspension in the SE model, Pilot DS skis throughout the line and drivetrain refinements in the Expedition Sport.

The 2012 Tundra returns with the ACE 600 in the Tundra Sport,  Pilot DS skis on the LT and Sport and refinements for improved fuel economy. 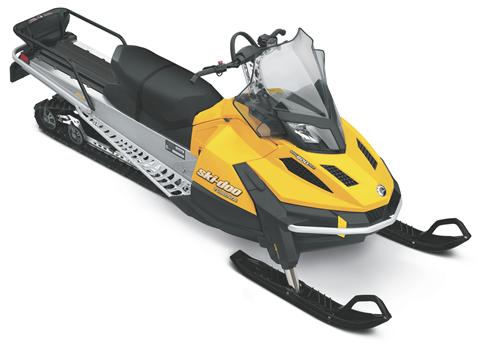 So with all of these choices between engines and models, you really have to think about your riding style, your needs (if you use a sled for utilitarian purposes), and the engine you want. There’s a lot here, so soak it in! Check out specifications at ski-doo.com.