Yamaha announced last week that they will be returning to competitive snowmobile racing for the 2011-2012 season.  The cross country campaigning will take place on the United States Cross Country (USCC) circuits in both the Midwest and East.  Hillclimb competition will be on the Rocky Mountain Snowmobile Hillclimb Association (RMSHA) circuit.

Yamaha veterans Ross Erdman and Nathan Titus will ride the FX Nytro RTX in the Pro class, while the up-and-coming Ben Lindbom and Jake Jorgeson will saddle up for the Semi-Pro class in the USCC Midwest series. Rounding off the USCC team in the Sport class is Seth Thorsen and Steve Emerson on the Phazer RTX.

“We’re really excited to get back into racing” said Wade West, Yamaha’s snowmobile marketing manager. “The increased interest in grassroots racing over the past few years makes our entry into cross country racing all the more important. We’ve found that the market is moving away from the prepackaged spectacle of stadium snocross and gravitating more toward the relatable cross country events that compete on the same trails we ride. That’s where our high performance 4-stroke power shines and what our FX Nytro models were engineered to do.”

“It’s been a long, long time since Yamaha has had a competitive presence in Hillclimb racing,” said Wade West, Yamaha snowmobile marketing manager. “Getting back into hill climb racing is a very exciting opportunity for us to showcase our 4-stroke mountain sled’s capabilities to the market. We have a great sled and some great riders ready to prove that the Nytro MTX is a true high performance mountain master!” 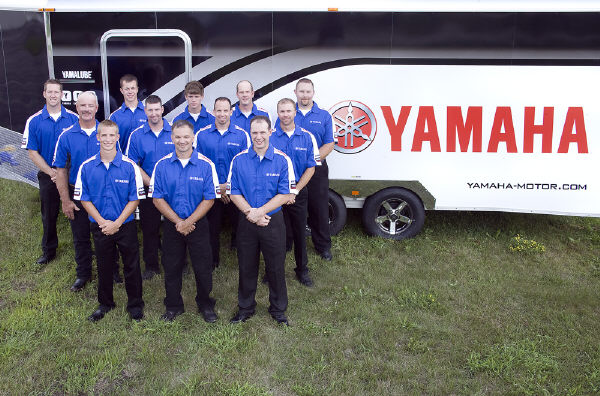