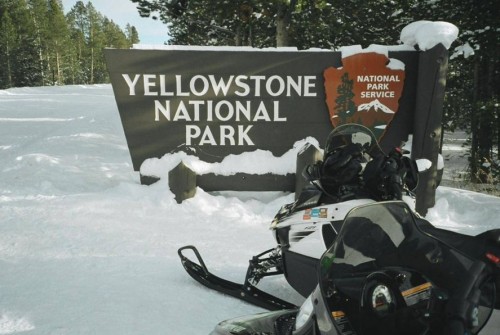 There is one additional update on snowmobile access in Grand Teton. The Grassy Lakes Road from near Ashton, Idaho to and from Flagg Ranch is open to both BAT and Non-BAT snowmobiles this winter.  The Flagg Ranch store and gas island are also open daily.  However, there are no overnight accommodations.  Yes, you can start a trip to Island Park at Flagg Ranch!

What about the recently announced Supplemental Environmental Impact Statement (SEIS)?  The SEIS process will begin in January 2012.  The SEIS purpose is to provide additional analysis of many issues, many of which were highlighted in the comments from the snowmobile community.  These include variable preset use limits, air quality and sound modeling assumptions, proposed BAT for snowcoaches, adaptive management ramework, and cost of avalanche mitigation on Sylvan Pass, 10:30 entry requirement and the very important issue of opportunities for non-commercially guided access.   Yes, the Park Service says it will consider alternatives to requiring snowmobilers to hire a commercial guide to access the Park!  The Park Service goal is to complete the SEIS process and have a new long range Winter Use Plan in place for the 2012-2013 season and beyond.

In closing, yes, the Park Service appears to have listened and we must continue our momentum by vigorously participating in the new SEIS process.  Your comments made a difference last time and can hopefully assist in making critical improvements to the final plan.

Note: As additional information on items covered in this summary are announced by the Park Service they will be posted at our dedicated website of www.saveyellowstonepark.com