Not since the original Indy has Polaris made such a huge wave in the snowmobile industry as they have with the Rush, and specifically the Pro-Ride chassis. Going into 2012, Polaris offers some ride improvements to make your “Rush” experience even better. 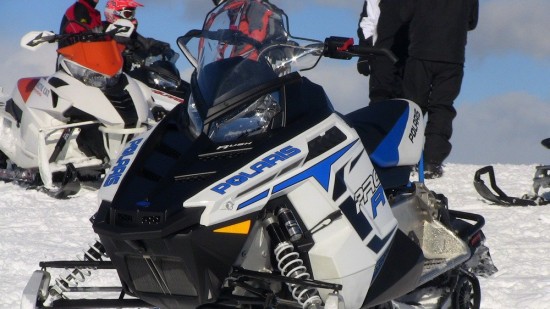 Polaris offers the Rush and Rush Pro-R in both a 600cc and 800cc twin 2-stroke. The 600cc has always been a quick, smooth engine and is becoming as legendary as the old 488cc Fuji twin was for so many years. “Bullet proof” is the term used for that old Fuji, and the 600 Liberty is all of that. Providing around 120HP, this engine works well in the Rush Pro-R.

The 800 Liberty motor has had its ups-and-down over the past few years, but the bug have been worked out and this motor is plenty strong. In fact, it is the fastest motor of the 2-strokers in its class. The torque of this engine feels great. The engine feels light and also works very well in this chassis. 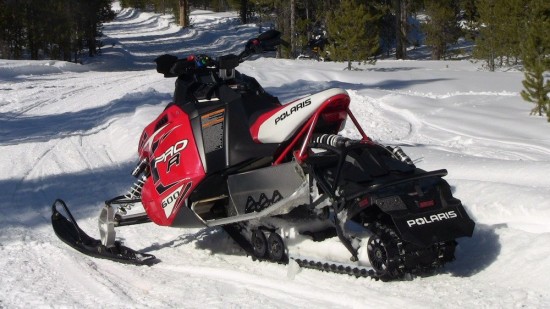 The Rush has Polaris’s exclusive Pro-Ride rear suspension that has had some minor tweaks since its debut in 2010. This suspension does work and the improvements are a little more forgiving than it was on the first year model. Bumps are absorbed well and keep the Rush riding flat over the bumps and more predictable. Adjustment is pretty easy on this suspension with having only to tighten or loosen the spring under the seat. 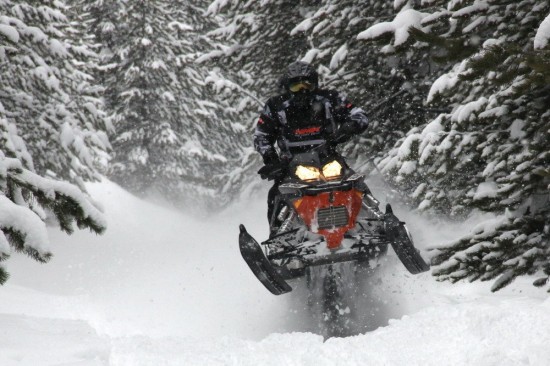 Improvements to the IFS on the Pro-R also help keep it cornering flatter than the first-year model, and even better than last year (which we liked last year’s improvements here as well). Polaris upgraded the IFS with new spindles, control arms, bushings, and a new steering post. Geometry is slightly changed to provide the flatter cornering. In our experience on the 2012, the Rush Pro-R feels much more predictable than it has the last two years. 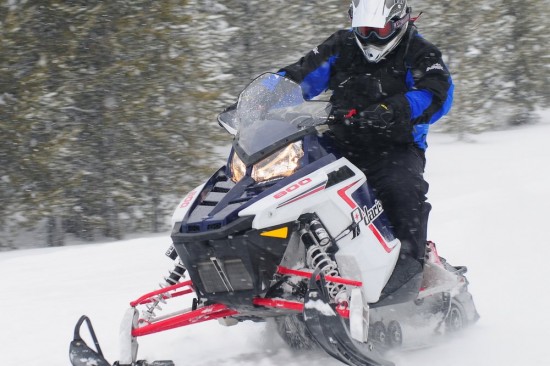 Bodywork is the same, but we like the color combinations Polaris offers this year. The orange was a huge hit in 2011 and is back for 2012. The retro color scheme is also very cool. If you feel like buying new panels, you can interchange the colors as you like, although colors on other parts of the chassis might not match. Still, you can change panels much easier than the old bellypans of yesteryear. 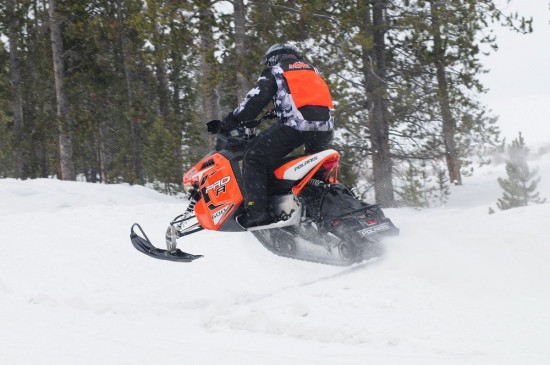 The 2012 Rush is a refined machine and well deserving of the long-standing Polaris reputation they’ve earned over the past 50+ years. We like the Rush, even though we would like to see a short track conventional suspension under the Pro-Ride chassis. As it is, the Rush is a nice riding machine and the suspension refinements made this year make it stable. The only thing that could make the Rush better is a 136-inch track. Oh wait….