Yamaha faithful can be content that not much has changed for 2013. For Yamaha’s 45th Anniversary, they have pulled out a few stops with the release of the new Nytro XTX 1.75 a few weeks ago, but is that all Yamaha has in store for 2013? Not quite.

To start with—and as a total surprise—Yamaha now has a SRX 120 kid’s model just to show that the younger Yamaha faithful can also have fun at 8mph.  It is built by Arctic Cat with a 123cc 4-stroke Yamaha engine, similar to the Z120. The SRX 120 features plastic skis, double A-arm front suspension, 10x68x.5 inch track, tether ignition shut-off switch, visibility flag, and striking Yamaha blue & white graphics and decals.

The Apex and Apex SE models are basically unchanged for 2013.  The 160+ HP models are building on its strengths from 2012 with unmatched HP and torque for a trail sled. The Electric Power Steering (EPS) system has been a home run for the Apex models, giving full assist from 0 to normal trail speeds.  The system tapers off slightly to 75% assist at illegal speeds and drops to full analog at wide open.  The 2013 Apex is available in the new White & Red or Black & Silver graphics packages. 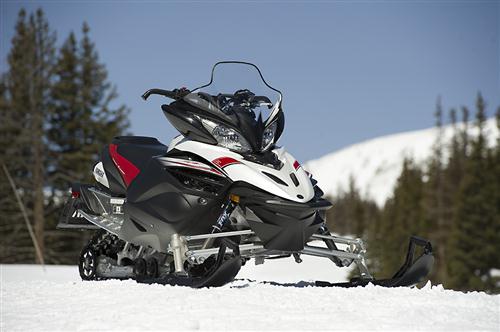 The RS Vector started the EPS revolution in 2011 and returns this year with a few subtle changes. Most notably would be the new rich Vibrant Navy Blue color or all Black models. Setting the bar for luxury sleds, the RS Vector proves you can have performance, comfort and dependability in the same package. The 3-cylinder, 4-stroke RS Vector won the Box Stock 600 class at Old Forge, plus proved itself reliable by Nick Keller, who logged over 43,000 miles in just 130 days.

The Phazer GT model returns for 2013 with a new White and Black color with minimal graphics for stunning new look. This model is aimed at the luxury sport segment with its 2-cylinder 4-stroke engine in a lightweight chassis that begs to be thrown around.

To improve the handling on the rough trails, Yamaha engineers looked at the ski design and realized the original design from the 2003 RX1 could use a new facelift. Nobody can build one ski that works well for all models—Yamaha included. Although the old ski has an aggressive bite, it suffered from darting and pushing with the rider forward models. The new Tuner Dual-Keel ski is designed to improve handling, virtually eliminate darting, and offer several tuning options to fit several riders and riding styles. Carbide options vary from 0 to 2 inches on 9mm bars and from 4 to 6 inches on 11mm bars. Bars can be mismatched for the ultimate tuning capability.

Utilizing these new skis is the 2013 FX Nytro RTX. The Nytro also utilizes new hand and thumb warmer controls and bright Blue & White or rich Black & Charcoal graphics. The front suspension, spindles and bumper has also been painted black for a distinct and mean look.

The Phazer RTX rounds out the rough trail segment with a new White & Black color with minimal graphics. 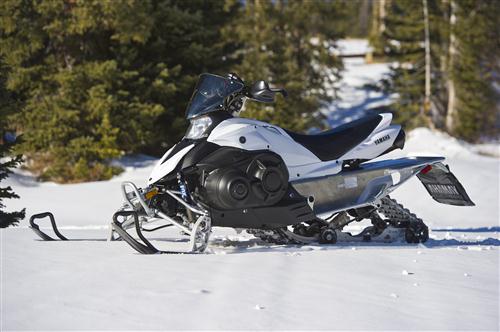 Snowmobiles with 136-inch tracks have evolved dramatically over the years.  It wasn’t many years ago that sleds that long were considered mountain sled and would push if you tried to ride them on a groomed trail and was considered a 100% off-trail sled. By 2004, the RX Warrior was a huge hit for Yamaha and was designed for 90% on trail use.  By 2009, the FX Nytro XTX changed to about 50/50 with on/off trail performance.  Last year the 1.25-inch Nytro XTX was utilized mostly for on-trail so it created a void for the crossover rider that rides off-trail at least half the time. The New FX Nytro XTX 1.75 fills that bill.  More on this model here: https://maxsled.com/2013-model-release-yamaha-fx-nytro-xtx-1-75/ 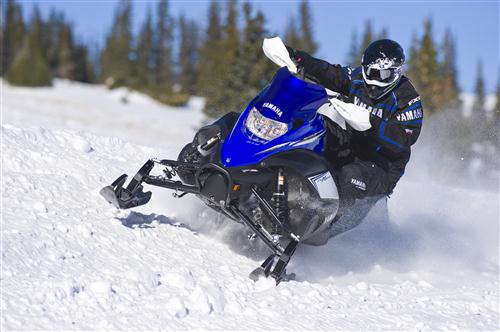 The Apex XTX returns for 2013 with new White & Red or Black and Silver graphics. The RS Vector LTX comes with the new Vibrant Navy Blue or Black graphics.

The RS Vector LTX comes in the Vibrant Navy Blue or Black graphics for 2013.

New features on the FX Nytro MTX 162 this year are the dual controls for hand and thumb warmers, the lightweight low and thin smoked windshield, and a new Mountain Strap on the handlebars. It is available in the new Black & Charcoal or Blue & White graphics packages, with the black painted front suspension, spindles and bumper. 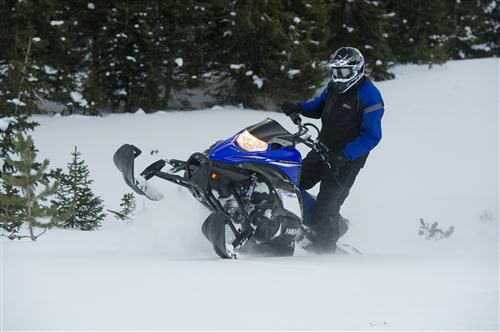 The FX Nytro MTX 153 also receives the new Mountain Strap for 2013 and comes in Black & Charcoal or Blue & White with black painted suspension, bumper and spindles.

The Phazer MTX returns for 2013 for a lightweight budget mountain machine and is available in the new White/Black with minimal graphics.

A new touring model for Yamaha for 2013 is the Venture MP.  Based on the Venture Lite, it features a new Tow Hitch, large bumper and floatation plate, wide utility skis and Candy Red graphics. 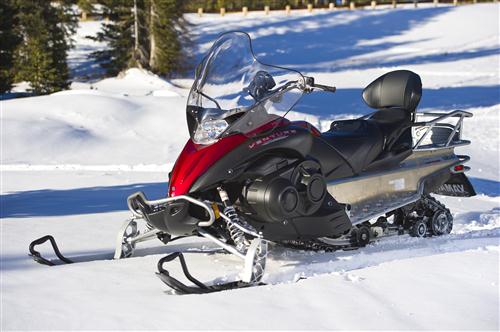 Both the  RS Venture GT and RS Venture TF returns in 2013 with its proven 3-cylinder 4-stroke engine and new Vibrant Navy Blue or Black graphics. The Venture Lite returns in the new Candy Red graphics and All-Black seat. 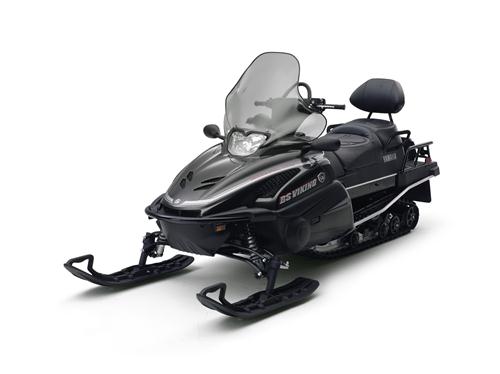 Improving on what works is what Yamaha has in store for 2013. It now has all the segments covered quite well all the way from youth to mountain.  If you were looking for earth-shattering changes, then you may have to wait a year or two longer. Everything they have works quite well. We were anxious to see a new rough trail rocket so we will have to see how the new Nytro fares on the trails.

For more information, check out www.yamaha-motor.com or see your Yamaha dealer.