The 2014 model sleds are on the trails and the 2015’s are just around the corner. As exciting as this is, there’s one area where it seems that little time has been spent for the last 10 years. Talking with OEM engineers about it several years ago, it seems they are content to keep using the same gauges over and over. Even the new Yamaha/Cat models had a chance to really up the ante with a brand new gauge, and yet I feel it falls short. It’s the same looking bulky plastic with LCD screen (only this time, two). 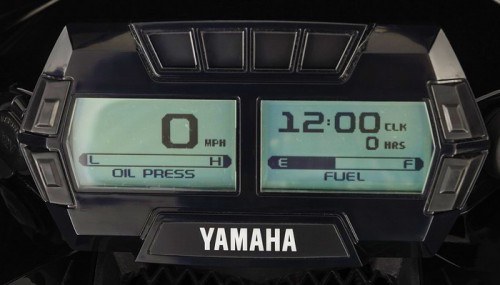 Two LCD screens give you double the grayscale data. 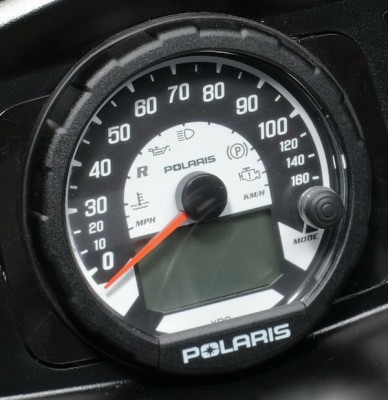 The old analog gauges served snowmobiling well over the years. I remember having to replace speedometer cables because they became twisted and would snap off, rendering the speedometer useless. In the early 2000’s manufacturers began using electronic pickups and digital speedometers. Then LCD gauges became the norm, and still are today. There is so much room to grow, however, and yet with each passing year all four OEMs fall short.

A Chinese manufacturer, CF Moto, produces a UTV at a price point several thousand dollars less than the nearest Japanese or American manufacturer, claiming similar quality. In their machine they give you a modern colorful digital gauge that blows all four snowmobile manufacturers away. Even the gauge found on their ATV line looks modern and colorful. 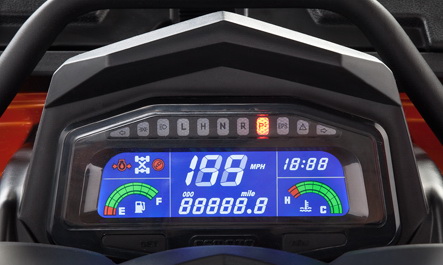 Colorful with a lot of information at a glance.

Ski-Doo has a gorgeous gauge, but it too falls short. What seems to be missing from all of these electronic gauges is a GPS unit. In fact, there’s not even a simple mounting area on any of the dashes to mount a GPS unit, although Ski-Doo does offer a GPS unit and mount in their accessory catalog, but it could be so much better. 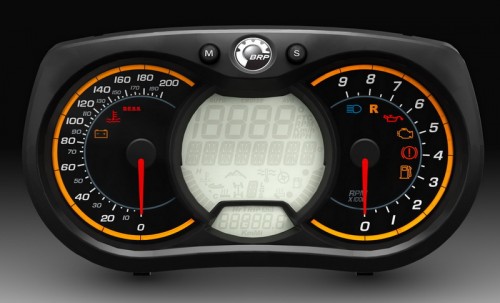 In the modern age of Bluetooth and Apps, wouldn’t it be nice if your smartphone could tap into a Bluetooth module in the engine’s computer to show things like engine temp, exhaust temp, RPM and more? Then tap into the speedometer electronics and show your speed on your phone? Then tap into a GPS screen to show the trails and directions of the route you planned through the app? I think so.

You could even get the weather, and listen to Pandora using your Bluetooth helmet receiver and speaker while you ride. Actually, this last part is possible with the Cardo Systems Scala Rider G4. 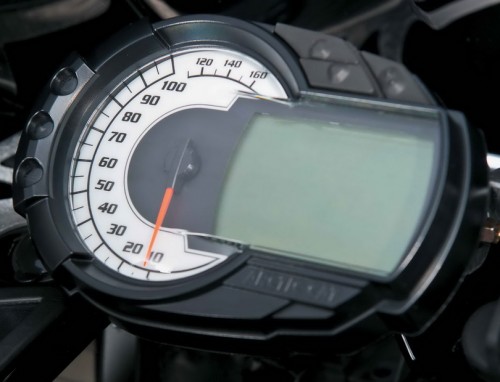 I spoke with Gary Gustafson, Powersports Manufacturing Consultant of G-Force Consulting about this subject. He shed some insight as to why this is. He should know, he has experience in electronics and especially gauges. In fact, he worked for both Arctic Cat and Polaris and was involved with the design and testing of some of these gauges, and some gauges that made it to production. He told me that the manufacturers shy away from gauges that can show too much information because of liability reasons, which is quite understandable. When you are travelling at speed, you do not want the driver to be distracted by a screen with much more than the speed showing. But he did say there are ways around this by programming the software to display certain items and disengage activities if you are travelling over a certain speed. This makes more sense and could easily be done. 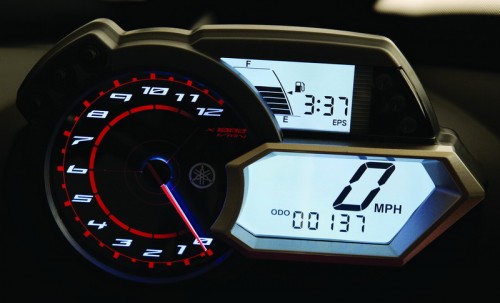 Still the best looking analog/digital gauge on the market, IMO.

I’d like to see some innovation in this area from one of the OEMs. Give us gadget freaks a screen with GPS, speed, RPM, fuel level, and hand warmer indicators, and that would be a gauge I’d be excited about. 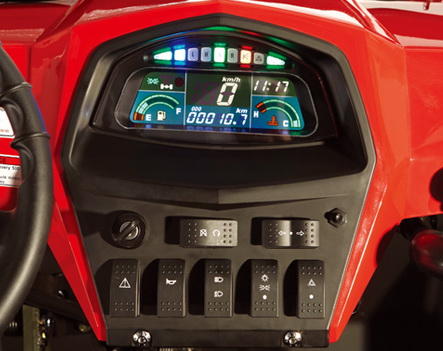